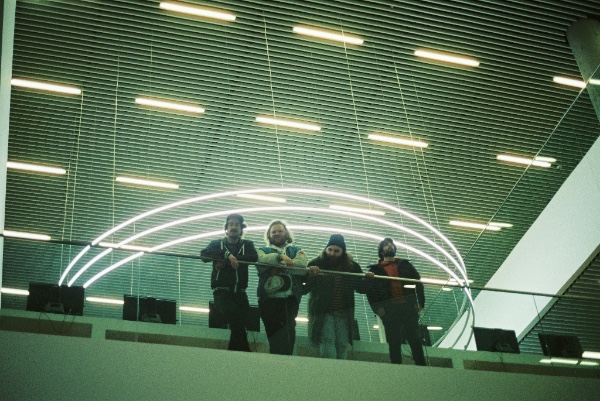 Halifax’s Walrus will release its debut LP, Family Hangover, on June 9th via Dan Mangan’s Madic Records. Described as a band that “could be thrown on a bill between Love and Sabbath,” their first full-length release features a soulful, fuzzed-out mix of swirling vocals, wailing guitar riffs, and Spacemen 3-style drone, all with a laid-back, ’60s-infused vibe.

< The band offered a first taste of the album with the jangly lead single  Regular Face and today they share a Bob Ross-inspired video for the track (appropriately titled ‘The Joy of Painting with Walrus.’) You can watch the video where it premiered with CLRVYNT or via YouTube

Walrus has a handful of Canadian & US dates coming up this Spring, including performances at CMW & Field Trip Festival and a string of dates with Preoccupations. See below for all upcoming shows (more TBA.)