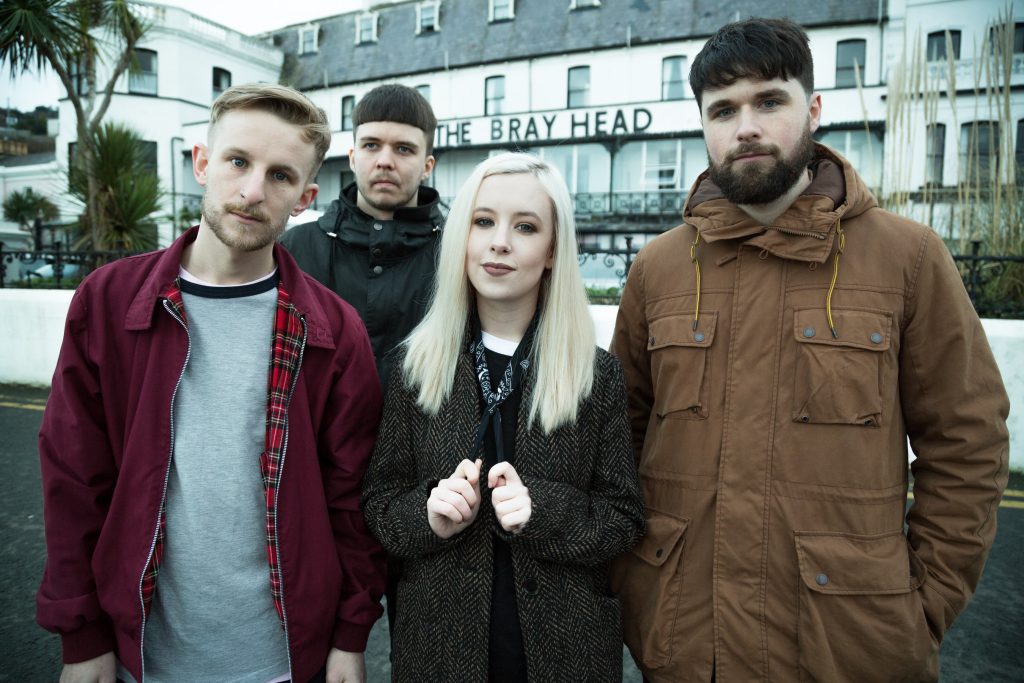 Irish indie-punk quartet, The Winter Passing, are gearing up for a big 2017. The band recently announced their brand new EP, Double Exposure, due out April 21st via 6131 Records (North America) and Big Scary Monsters (UK/EU), and now they’ve teamed with Substream Magazine to premiere another new track from the EP, the anthemic “Paper Rabbit”.

The Winter Passing‘s strongest asset is their ability to collaborate with one another. From their potent combination of punk grit, indie quirks, and ’90s alternative swagger, to the interwoven lyrical narratives of sibling vocalists Rob and Kate Flynn, Double Exposure expertly layers each member’s strengths and perspectives to distinct effect. This cooperation is exemplified on “Paper Rabbit” a track that is as vulnerable as it is infectious, with Substream calling it, “a unique blend of Irish and ’90s alternative influence… packed with meaningful lyrical content that the band is known for.”

Preorders for Double Exposure are available now from 6131 Records and Big Scary Monsters. The Winter Passing have also announced a run of spring tour dates immediately following the EP’s release, with more dates to be announced soon. See itinerary below.

Double Exposure track list:
1. Paper Rabbit
2. Significance
3. She Was A Rose
4. Like Flowers Ache For Spring
5. Es•cap•ism
6. So Said Virginia

Biography:
The Winter Passing have always fearlessly followed their own path, an approach fueled by their distinctly collaborative nature. Every member brings a unique set of skills, influences, and perspectives that coalesce into a sound that is difficult to categorize but easy to love. On their fittingly titled new EP, Double Exposure, the Irish quartet take this approach to a new level, expertly layering their many inspirations for the sake of one goal: to create music that moves listeners