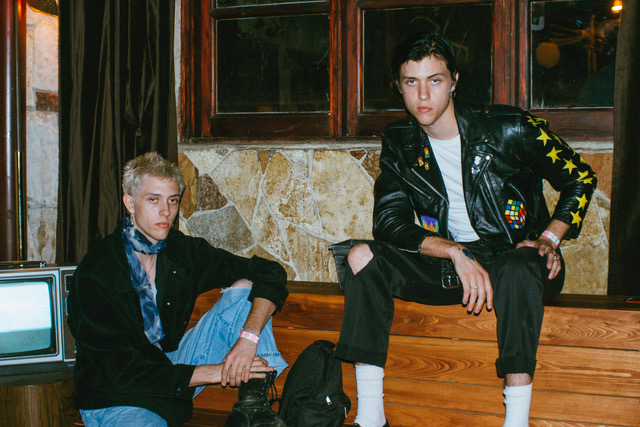 ‘U WANT THE SCOOP?’ IS SET FOR RELEASE VIA EPITAPH RECORDS NOW

West Coast neo-punk provocateurs The Garden are back with a new EP representing a youthful punk scene in California with their dirty, raw and immediate two-piece bass and drum attack. Produced by Rob Schnapf (Joyce Manor, Elliott Smith, Beck,) ‘U Want the Scoop?’ follows the band’s 2015 debut album proper ‘Haha,’ which amid the garage rock sat abstract spoken-word pieces, surrealist lyrics and a whole heap of perverse genre-jumping. Established in 2011, the duo – AKA Wyatt and Fletcher Shears – created the term “Vada Vada” to represent their music and other creations. The term represents total freedom of expression without boundaries or guidelines of any sort. “Why strive to be a part of a scene when you can create your own? Vada  Vada is an alternative reality that we put ourselves into so we don’t have to fit in” explains Wyatt.

The Garden are on tour throughout Europe this month, playing Manchester Soup Kitchen on 21st and London SCALA on 22nd. Full European tour dates attached below.