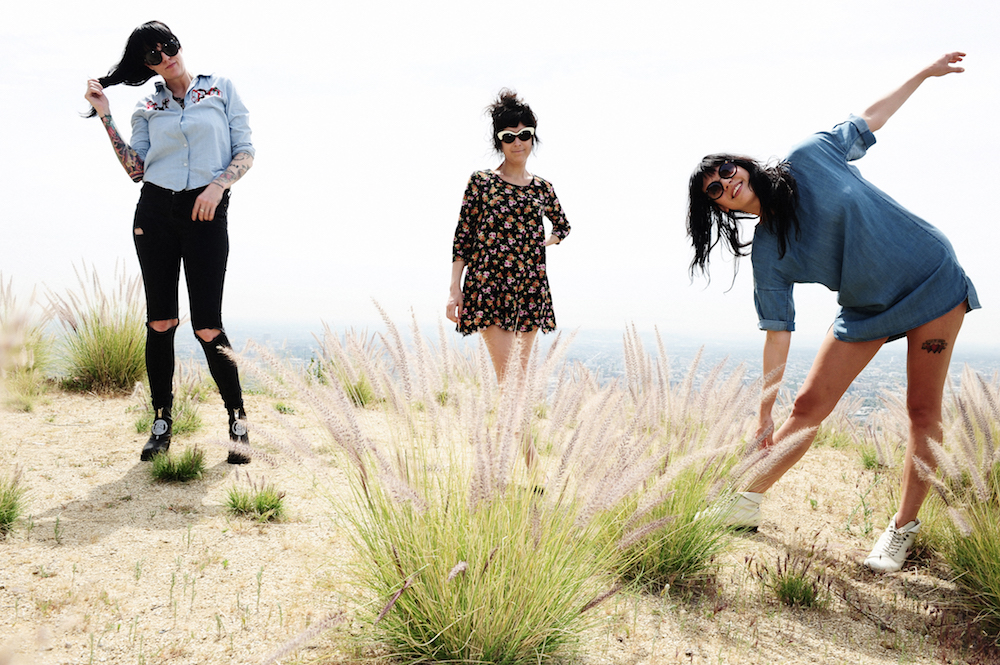 Atlanta punk trio THE COATHANGERS have announced plans for new EP and extensive UK tour in May. Today they share track “Captain’s Dead”, taken from Parasite EP, which is due out on June 30th via Suicide Squeeze.

Guitarist/vocalist Julia Kugel explained the track, saying: “Easy come, easy go; what you reap is what you sow. Sometimes people that you trust fail you miserably by falling victim to their own ego. They start believing their own hype, fancy themselves a leader, but they lead nothing. It’s based on a personal experience, but this track has taken on a larger meaning given our current political weather. It’s feeling stormy – the ships made out of shit will sink themselves.”

Despite the adverse times, The Coathangers’ mastery of pop cannot be contained, as is evident in “Captain’s Dead”, with its sultry verses, triumphant chorus, and a bombastic freak-out of noisy guitar.

The Coathangers will be hitting UK shores in May, playing the following dates:

When The Coathangers first stormed on the scene over a decade ago, their power resided in their ability to craft a crooked hook out of a grimy guitar line, a delightfully crass chorus, or an enticingly ham-fisted drum-and-bass groove. With each successive album, the Atlanta garage punk ensemble has increasingly tempered their brash charm with sharp-witted pop. Not that the band ever fully excised the primal howl of The Gories or the sparse strut of ESG, but with the trio’s latest EP, Parasite, The Coathangers explore the space between their initial unbridled expressionism and their recent nuanced song craft. “I’d like to think the EP takes you on a journey through the band’s existence,” says guitarist/vocalist Julia Kugel of the sequencing of the five songs on their latest offering.

Suicide Squeeze is proud to offer Parasite as a one-sided 12” on Sea Green vinyl with a b-side etching with an initial limited pressing of 2000 copies. The EP is also available digitally. Parasite is available worldwide on June 30th, 2017. 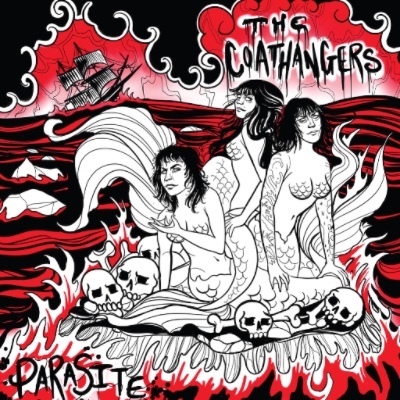