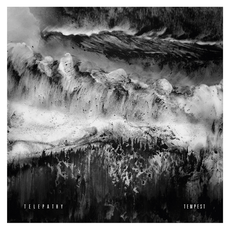 TELEPATHY SHARE NEW VIDEO FOR ‘SMOKE FROM DISTANT FIRES’
UK instrumental titans, Telepathy who will release their new album Tempest on 31st March have shared a new video for their track ‘Smoke from Distant Fires’. Bassist Teddy-James Driscoll comments, ‘We wanted something that would embody the concept of the album and represent the fundamentals of it visually’. Watch the video here:
Recorded, mixed and mastered at London’s Orgone Studios by lauded producer /engineer Jaime Gomez Arellano ( Ghost, Opeth, Paradise Lost, Altar of Plagues, Cathedral ), Tempest follows in the footsteps of Telepathy’s critically acclaimed 2014 debut 12 Areas and is very much a concept record.
Tempest depicts the harrowing journey of a person beset with grief and faced with total isolation after awaking from a great flood. The album guides the listener on a journey through awakening, desolation and finally acceptance.
Further showcasing the band’s no-holds-barred approach to songwriting, Tempest fuses elements of post-metal, sludge, doom and black metal with unorthodox and complex song structures, creating a cohesive and cathartic tapestry of unique instrumental metal. The inclusion of tortured vocals on the album’s centerpiece, Echo of Souls, shows a band un-afraid to travel into uncharted waters, further cementing their reputation as a forward thinking and unique group in today’s experimental metal
scene.
Where its predecessor 12 Areas was by intention a chaotic and furious exploration of sound, Tempest marks a shift towards a more balanced and open sonic pallette. More dynamic, spacious and refined than before, but with an added emphasis on sonic weight, unbridled heaviness, melody and emotional depth.
Telepathy spent the majority of 2016 stunning audiences up and down the UK with their immersive and intense live show, building upon their ever growing following. Highlights included appearances alongside fellow UK metal veterans Raging Speedhorn, Oathbreaker, American post-metal pioneers and labelmates Rosetta and most notably an appearance at the prestigious Desertfest in London.
The band recently completed a five date European tour in September 2016 which saw the band return to Incubate Festival in Tilburg for the second time. Tempest marks a brand new chapter in the band’s career, and with its definitive line-up in place — owing to the addition of new bass player Teddy-James Driscoll — Tempest showcases a ruthlessly punishing, heavy and emotionally demanding take on instrumental music.
The 2×LP comes with an etching on side D, download code and on 180 gr vinyl.
Released 31st March – Golden Antenna Records
Telepathy will tour the UK in April followed by an appearance at Roadburn Festival.
01.04 – MANCHESTER, Rebellion
02.04 – SHEFFIELD, Mulberry Tavern
05.04 – LEEDS, Temple Of Boom
06.04 – LONDON, The Black Heart
07.04 – BIRMINGHAM, Scruffy Murphys
08.04 – BRISTOL, The Louisiana
09.04 – NEWCASTLE, The Cluny
21.04 – TILBURG, Roadburn Festival
www.facebook.com/telepathyband/
www.facebook.com/goldenantenna/