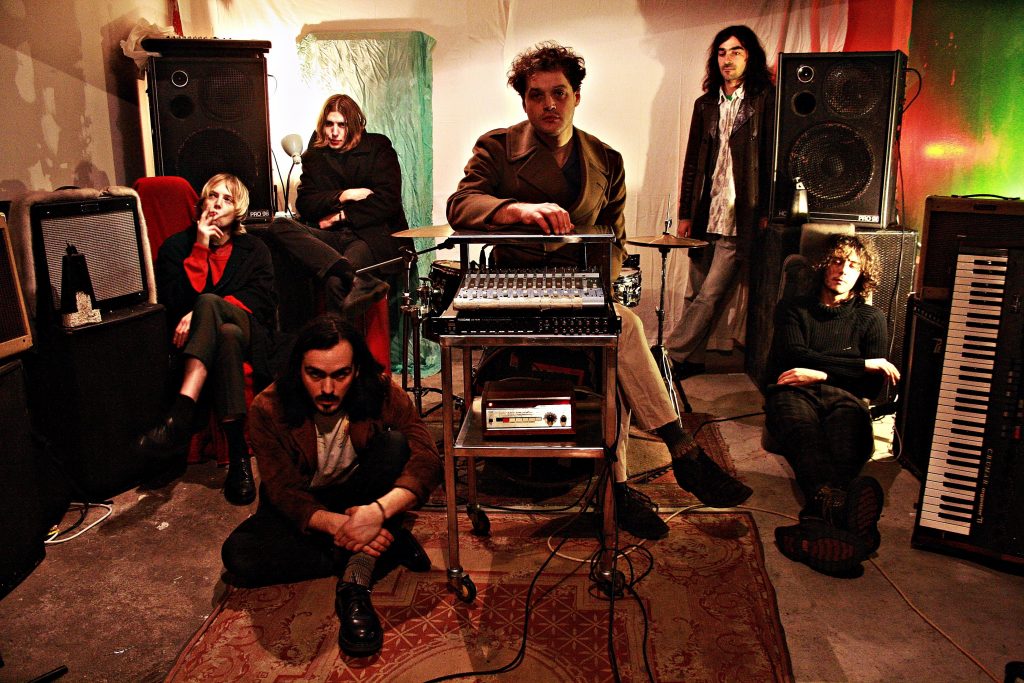 Ahead of their single launch show at MOTH Club on March 13th with Dead Pretties, South London’s Phobophobes have shared a mesmerising new video, led by interpretive dance, for their forthcoming 7” ‘The Never Never’, due for release this March 24th via Ra-Ra Rok Records.

“Jamie [Taylor, guitar/vocals] asked me to do a video for ‘The Never Never’. He said he imagined choreography in it, even though no-one else did, and I guess that’s why he chose me. I agreed with him instantly, it’s the kind of beat I like to dance to, not too fast, not too slow, and it allows the kind of weird, punky moves I love. We shot everything in a day and a half in Imagina-Mediapro studios in Barcelona with a wonderful team that did a great job.”

Following previous single ‘Human Baby’, an elegy to Phobophobes’ late guitarist George Russell that was played every day for a week on BBC 6Music, ‘The Never Never’ arrives an ode to the precarious survivalism of society’s most disenfranchised. Swirling through repetitive slogans, rubbishing the adverts that promise a life we can’t really afford as pastiche, and asking earnestly, “what separates those treading water to survive from the religious idols who struggled so similarly?”

In the wake of a tumultuous 2016, Phobophobes continue to forge their own path, taking whatever’s thrown at them and squeezing every ounce of inspiration from it. It’s the only way they know. Frontman Jamie Taylor has built studio space wherever he’s roamed, from Paris to Peckham to Primrose Hill. Even Pittsburgh, Iowa, Palm Beach and New York whilst working on a touring art exhibition across America, setting up a studio in each hotel room to work on new tracks. Even when invited to Abbey Road Studios to record with Ken Scott (Bowie, Lennon, the list goes on), bass player at the time, Elliot, took swabs of their oldest microphone and grew bacteria in petri dishes, the results of which are immortalised in Phobophobes’ artwork and in the centre of their 7”s.

This boundless DIY mentality echoes through Phobophobes’ every move. Having now found home in the basement of The Brixton Windmill, the nucleus of South London’s gig circuit where Phobophobes record, rehearse and also put on their own shows, playing alongside Shame, Goat Girl, Meatraffle, The Fat White Family, Childhood and countless others, they remain progenitors of the scene.

Following a single launch show at London’s MOTH Club, Phobophobes will tour the UK with LIFE through April on the dates below. The band are currently readying their debut full-length album and will release ‘The Never Never’ on 7” vinyl this March 24th via Ra-Ra Rok Records.