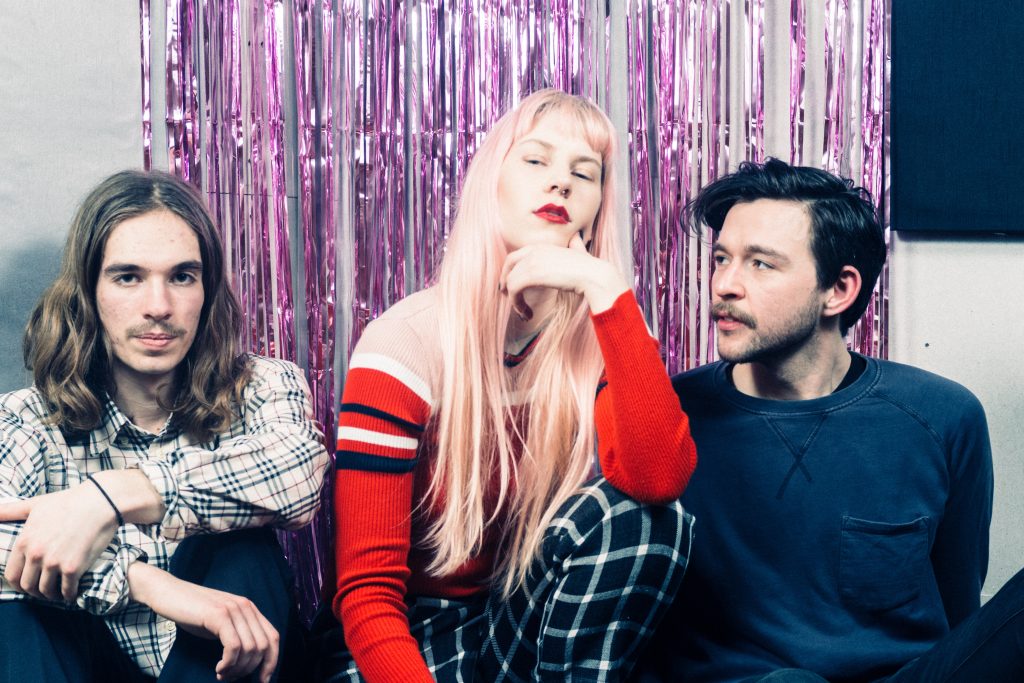 Debut album ‘Nothing Gives’ out now via Leisure & District:
http://www.roughtrade.com/albums/106751

“A freewheeling blast through millennial anxiety and frustration.” – Q Magazine

“In terms of emotional response they’re the perfect fusion between The Stooges and Ceremony – dejected and frustrated but often landing sunny side up.” – Noisey

“a haze of catchy melodies and punk sneering” – Kerrang!

Slowcoaches will release the boisterous opener from their debut album as their next single. ‘Living Out’ is“a song about feeling like you’re at a dead end. It’s about wanting to change your life but procrastinating because it’s easier to just repeat the same patterns over and over,” frontwoman Heather Perkins comments. “It’s about being skint, and depressed and having no motivation. Being stuck at a desk or behind a bar and feeling like there must be more out there. It’s about getting out of work and going to get smashed and waking up and dragging yourself back in to it and not giving anything or taking anything and just existing in an endless vacuum that you can’t step out of.” The video to go with is a typically tongue-in-cheek affair featuring Heather in a bath. “This video is about the fact that I Iove baths and I hate going to work,” she says. “But sitting in a cold bath for 6 hours to shoot this has made me hate baths too so now I hate baths and I hate work.”

When the London-based punk-fuelled slack metal trio aren’t rocking up to women only biker festivals out in the wilds of Wales, they’re laying critter-infested Hackney Wick warehouses to waste while people almost fall out of windows, or causing grown men to headbang so vigourously they end up headbutting the monitors before projective vomiting all over the stage. Think the grubby grunge of Mudhoney and early punk of The Germs meeting 1970s LA icons The Nerves and the sassy stance of Babes In Toyland down a dark alley somewhere in east London and you’re halfway there.

The band’s debut album ‘Nothing Gives’ was released at the tail end of last year and, though it could easily soundtrack a fun time, the themes of the record detail all the bad stuff that happens in life: break-ups, breakdowns, a pre-mid life crisis, a drug induced mental illness, falling out with friends, getting way too wrecked, losing your job then desperately trying to find a job… the list goes on.