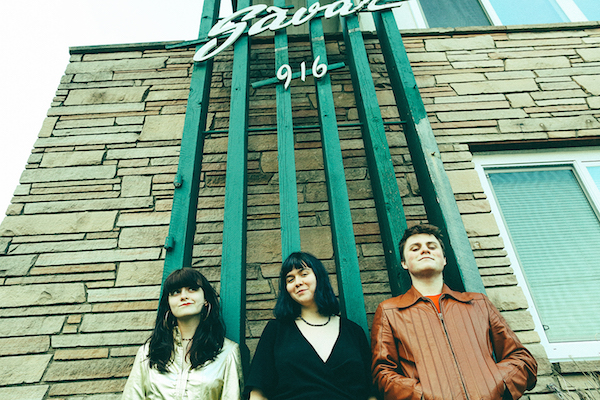 The EP was co-written by Veruca Salt’s Louise Post & Nina Gordon and the first taste has just gone online with track & accompanying video, ‘Hail Mary’. The video also sees the stepsister duo of Kelli Mayo and Peyton Bighorse welcome their brother Kurtis Mayo to the band. Playing mostly on drums, the new expanded line up frees the band to fully realize their live potential, whilst continuing to trade instruments.

Following the 2016 release of their highly acclaimed album The Big Fit, the duo found themselves on the receiving end of glowing admiration from Veruca Salt’s co-frontwomen Louise Post and Nina Gordon, who had reached out looking to collaborate.  A dream come true, the band soon joined Post and Gordon in Los Angeles for a writing session, where the four musicians hit it off instantly and soon entered the studio with Brad Wood (Liz Phair, Sunny Day Real Estate, Smashing Pumpkins) to record the three new tracks that make up New Trick. The EP’s artwork is appropriately provided by famous 1970’s punk-era photographer and co-founder of Slash magazine Melanie Nissen, with the vinyl including a B-side etching hand-drawn by the band.

The collaborative effort helped the stepsisters, who often trade off on instruments and lead vocals, to push the boundaries of their songwriting while maintaining the honest and genuine sound that is such an undeniable part of the band’s DNA.  It’s that same sincerity that has helped the band accrue a mass of fans over the last six years and four albums; counting fellow artists like John Doe, JD McPherson, Shirley Manson, Django Django, Meredith Graves, Kate Nash, Wavves, and the actor Viggo Mortensen among them.

Originally from Oklahoma, Mayo and Bighorse are self-taught multi-instrumentalists, driven by the idea that they could create full songs with just the two of them in a shared bedroom.  Citing female-fronted alternative acts such asThe Breeders, L7 and Veruca Salt, Skating Polly share the unique ability to blend melodic hooks over loud and aggressive instrumentation.

Skating Polly’s song-first mentality, attention to melody, and incredible understanding of dynamics has been brought to the forefront this time around, matching their intense and engaging live shows.  Having already toured with the likes of X, Deerhoof, Babes In Toyland and many others.

New Trick is due out April 28th via El Camino Media. The digital and vinyl versions of the EP can be pre-orderedHERE. 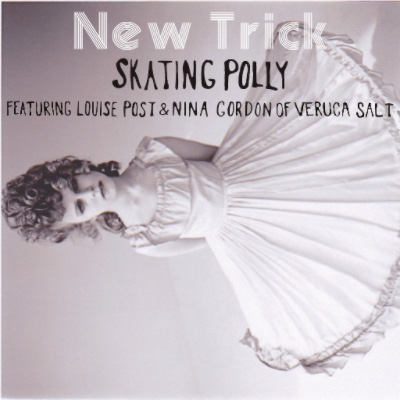 Introducing… Matt and The Beanstalk!