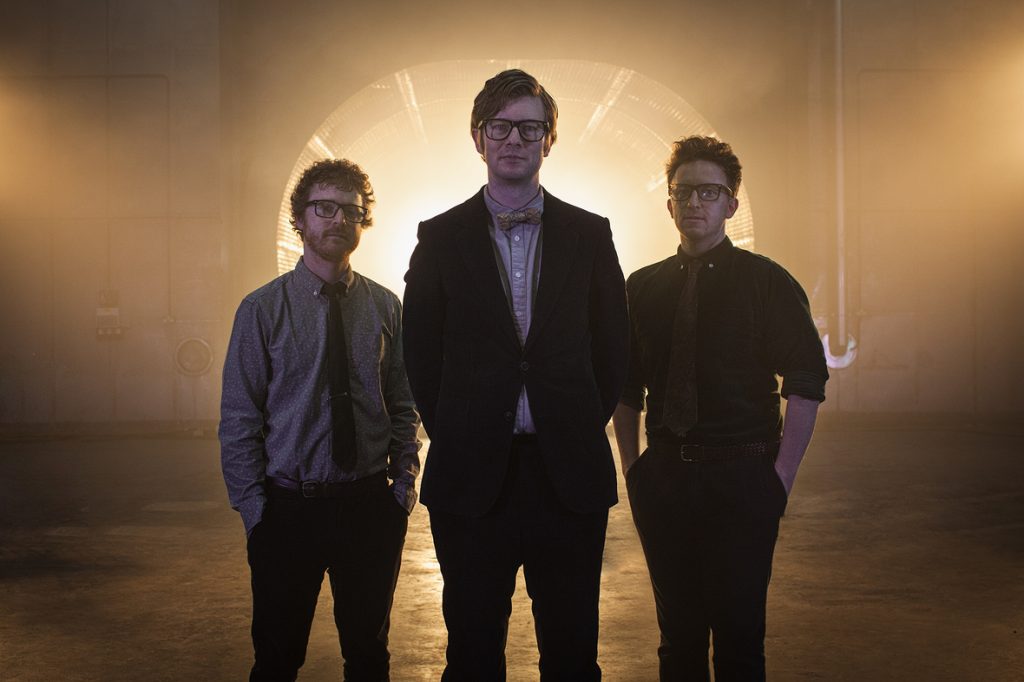 ‘Out of this world’ The Observer

‘Their oddball approach is excellent to have around’ Metro

‘I believe in progress’. As statements go, it’s a pretty powerful one, and entirely suitable for Public Service Broadcasting, a band who have risen from eccentric, self-releasing, DIY outsiders to major festival mainstays and radio favourites in seemingly no time at all.

The new single sees the band return to the fold following their massively successful second album, 2015’s The Race For Space, a record that charted in the UK at #11 and achieved Silver status in the UK, saw them sell out shows at the National Space Centre and Brixton Academy and release subsequent live and remix albums.

Progress is taken from the band’s upcoming third album (the subject of which remains a closely-guarded secret) and is the first PSB single to feature a guest vocal, with Tracyanne Campbell of Camera Obscura adding a new dimension to the music. Her keening, affecting and decidedly human performance combines and contrasts with samples hinting at a world of mechanisation and automation, as Kraftwerk-like vocoders, driving guitars, propulsive drums and melodic synths all fight for prominence in PSB’s brave new world.

Songwriter J. Willgoose, Esq., explains: ‘I think some people have thought – wrongly, in my eyes – that what we do is about nostalgia, when to me it’s about celebrating human achievements, innovation and resilience, even in the face of overwhelming odds. This song is an attempt to state that more explicitly, especially at a time when certain regressive elements seem determined to take us back to some non-existent, halcyon 1950s era. Progress will win in the end – it has to.’

Willgoose, his faithful drumming companion Wrigglesworth and now their bass player, keys and horns man extraordinaire, JFAbraham, have made it their mission to inform, educate and entertain throughout their innovative and eye-catching career thus far. Two critically lauded and top 20 selling LP releases, as well as a thrilling live show have paved the way for the band to make a profound mark on the current musical climate, astounding fans and critics across the globe. New single Progress, set to impact on 5th of May, is the latest tale in the ever-engrossing PSB story.

The track is available to stream and download here: (http://found.ee/psbprogress)

Save The Date- Portals Presents: Her Name Is Calla, UpCDownC and more- Saturday 13th May