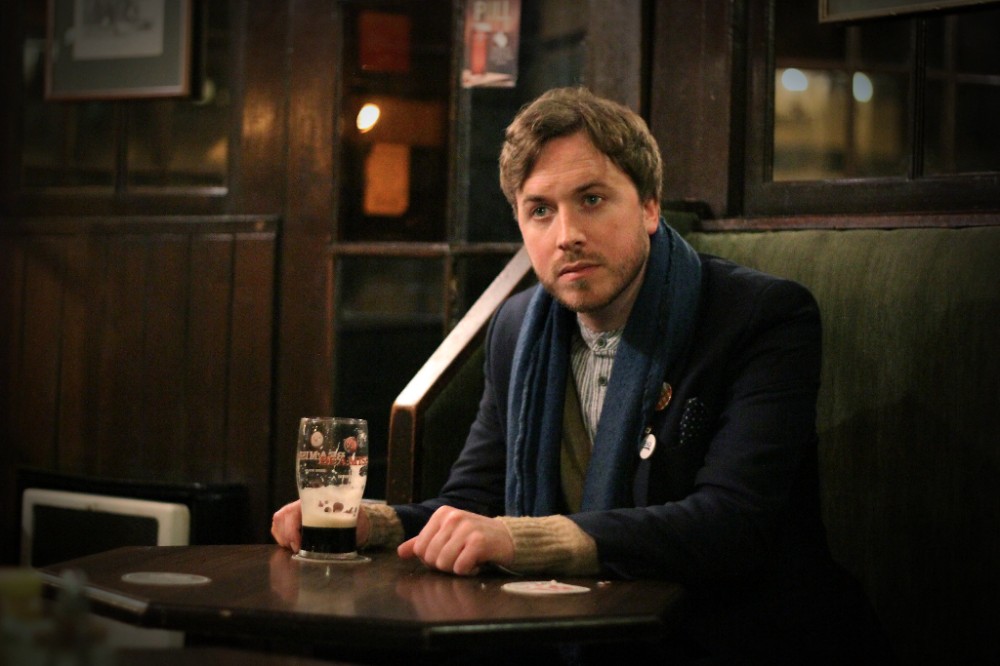 Dublin-based songwriter Paddy Hanna returns today with ‘Bad Boys’, a baroque cut of shimmering, intelligent pop. Following 2015’s double-whammy of ‘Austria’ and ‘Underprotected’, new single ‘Bad Boys’ finds Paddy on his most effortlessly charming form to date, the tale of those titular bad boys sitting atop a swirling, orchestral backing. “We all have one of those in our life,” Paddy jokes of the ‘Bad Boys’ the track takes its title from.

It’s backed by ‘Sunday Milkshake’, “a tale of realisation, of sleeping on a dirty couch knowing some mistakes cannot be undone”. “I allude to mental illness in my work,” Paddy explains. “It’s considered by many to be a neurosis that spurs on creative work, however it is nothing but a crutch on my own creativity. My time in a depressive haze is spent in complete emptiness, weeks will go by, my beard will have grown out, my pen dried up. So when indeed I allude to mental illness it would usually be during a happy period where I can function. One of the most important days in my life came when I finally opened up about depression and was not met with jeers but rather acceptance and understanding – it’s the first and most significant step you can take.“

Both ‘Bad Boys’ and ‘Sunday Milkshake’ solidify Paddy Hanna’s position as one of modern pop’s premier songwriters, pitching him right up alongside everyone from Meilyr Jones, to Arab Strap, to Richard Hawley.