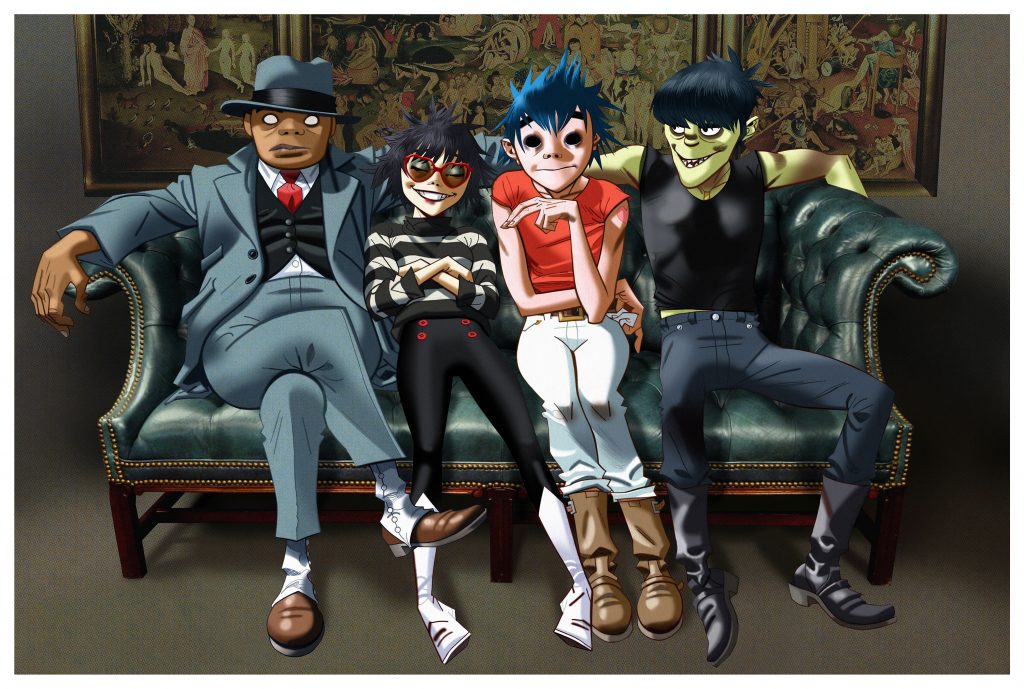 Gorillaz are back. The world’s most successful virtual band will make their highly anticipated return with a new studio album titled Humanz, to be released by Parlophone Records on 28th April, 2017.

A six-minute Jamie Hewlett-directed epic animated film, featuring four Humanz tracks – being ‘Saturnz Barz’ in full, plus highlights of ‘Ascension’, ‘Andromeda’ and ‘We Got The Power’ – is now available to watch here. The film – ‘Saturnz Barz (Spirit House)’, supported by YouTube – also affords an extraordinary cutting-edge VR video (360-3D) – watch here.  And an interactive VR version is set to be released on Daydream in April.
The 14-track album Humanz is available on standard CD, vinyl and as a digital download, as well as a 19-track 2-CD Deluxe. A limited edition Super Deluxe Vinyl Box Set featuring additional alternative versions of all 14 album tracks will also be available (more details below).
Gorillaz will play the complete album live for fans for the first time, at a secret London location tomorrow, Friday 24th March. This one-off show is supported by Telekom Electronic Beats. Ticket info hereGorillaz will headline the recently announced, sold-out Demon Dayz Festival at Dreamland Margate on 10th June. Full details of dates scheduled for later in the year, will be announced soon.

The full track listing for Humanz is:

With interludes narrated by Ben Mendelsohn