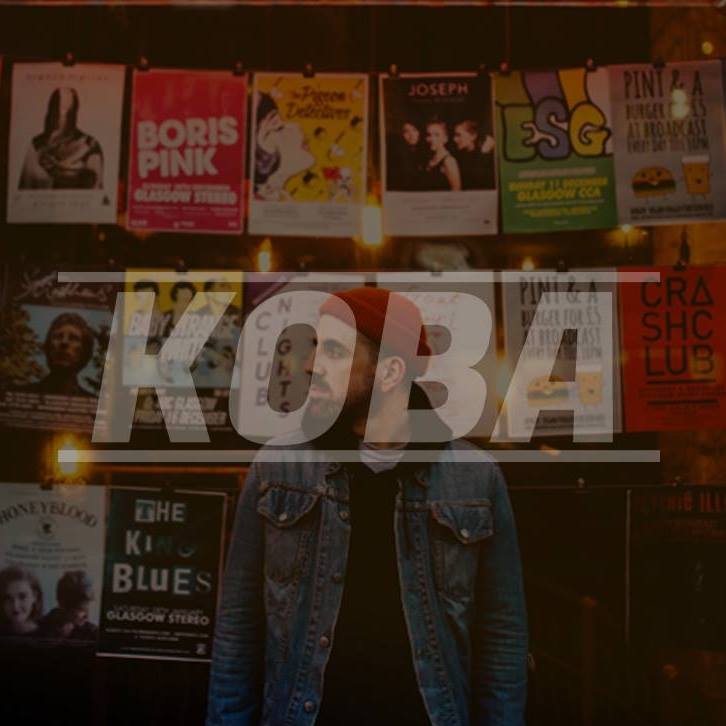 KOBA are a quartet based across Edinburgh and Glasgow, they’ve taken the unique approach of working remotely, “this means that the songs are fresh to us when we leave the studio and nothing feels stale or old” they explain. The atmospheric and electronic act are creating quite a buzz for themselves. An act you will soon cherish.

Our writer Gavin Brown spent some time talking to KOBA to discover more about their influences, live appearances and the support gained to date.

How did the band get together?

We all met through various musical projects we had worked on previously and through friends of friends. When those projects all came to a natural end, we decided we really wanted to work together on something new and different. We initially didn’t really see it as a band, more like a bunch of guys wanting to try out writing ideas. We experimented with a tonne of different sounds until we eventually wrote a couple of songs that we were really happy with. At that point, I think the band was formed.

What made you choose the bands name and does it stand for anything?

KOBA is a character name that has been featured literature, popular culture and politics throughout history. In all instances, KOBA is a hero or anti-hero, which appealed to us.

What influences do you have as a band?

We have eclectic tastes in music and I think that can be heard in our writing. We love 80’s music, electro, pop, R&B, rock, urban and everything in between.

How would you describe your music to someone who hadn’t heard you before?

I read a blog that referred to us as “atmospheric electro”. I don’t mind that. I don’t think that’s too far from the truth. We are essentially a dark pop band.

You have just released your new single Rush. Can you tell us what the song is about?

It is essentially a song about a bizarre and uncomfortable first date.

Will there be an accompanying video to the track?

Yes. The video is just at the completion stage and we hope to have this out soon. Keep your eyes peeled.

Your music is dark and atmospheric. Was that the kind of feeling you want to evoke with your music?

Every song for us is different and we aim to evoke different feelings in each song to a degree depending on what that song is about. Despite the dark elements throughout our songs, there is a positive vibe we try to get across in each track. Within the music and lyrics of “Rush”, there are elements of both comfort and discomfort which we tried to evoke to reflect the story.

There is also a pop catchiness in there too, was it important to strike that balance between the two vibes?

To a certain degree, yes. As mentioned before, we are essentially a pop band and we do have that pop element within a lot of our songs. We have written some tracks that wouldn’t necessarily fit the pop ‘bracket’ but we don’t worry too much about that. We write music that we want to write and if some tracks are more commercially viable than others, it’s certainly not deliberate.

Have you got any plans to do an album?

We have written a lot of material which we want to put out but I wouldn’t say that it would be necessarily be suited to an album. I think we’ll do more single or EP releases first. I like the idea of an album being put together as a deliberate piece of work rather than just a bunch of songs shoved together. Not like a concept album or anything like that. Just an album that the songs have a flow and are suited.

Do you base your songs on real life experiences or are they more fictional story based?

A bit of both. I think the starting point usually comes from a real life experience and then we build from there. This is quite an intense process for Euan who is often locked away in a room with his notebook for hours, days, weeks or months at a time developing these ideas and lyrics.

What are your upcoming live plans?

We just played a home town show at Sneaky Pete’s in Edinburgh a couple of weeks ago and we are playing at Broadcast, Glasgow on the 27th of February with “So Below” from New Zealand which will be awesome. We are working on more dates for throughout the year and will put them out on social media when we have them confirmed.

How did your show at Sneaky Pete’s in Edinburgh go?

It was cool, we had a blast. It was the first time we had ever performed the majority of the songs on the set so it was exciting for us to let people hear it. It’s always good to play a song that you are just in the process of releasing too. “Rush” went down well as the last song on the set.

Did you play much new material?

I would say that people there would have only heard maybe 3 of the songs from previous shows, the rest was all new.

There’s always a good vibe at our shows. It has a very live feel as opposed to some bands that sound exactly as they do on record. We don’t see the point in that. We tinker with song structures, have full live drums, guitars, keys and samples to ensure that people get to see a show rather than us just replicating what you could hear on Spotify.

The members of the band are based in both Glasgow and Edinburgh. What is the music scene in your cities like at the moment?

Edinburgh’s always a tough nut to crack with live music, so many venues struggle with noise complaints & the council seem to be always against the venues … Nick Stewart at Sneaky Pete’s has been great to us, always very positive & gave us a slot when we needed one. He’s also putting up a bit of a fight for Edinburgh music scene which is great to see. I heard Electric Circus was due to close in a few years, very sad news & I hope we get a chance to play there before / if that happens.

Glasgow is quite the opposite, so much going on with live music / touring / local acts … plenty of venues to play & we want to play as many as possible. We know a lot of the guys at King Tuts Wah Wah Hut, great bunch & we hope to play there soon.

If you could cover any song, which one would you tackle?

We’ve messed about with songs in rehearsals and love playing with covers. We actually performed Frank Ocean’s ‘Thinkin Bout You’ at a show once which I think caught people off guard but went down really well. I think if you are going to do a cover, you need to go where people may not expect. Maybe we would do 10CC ‘You’re Not In Love’ or Ultravox ‘Vienna’ haha. 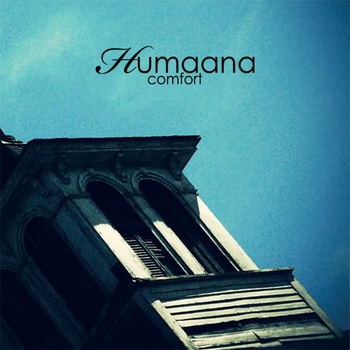