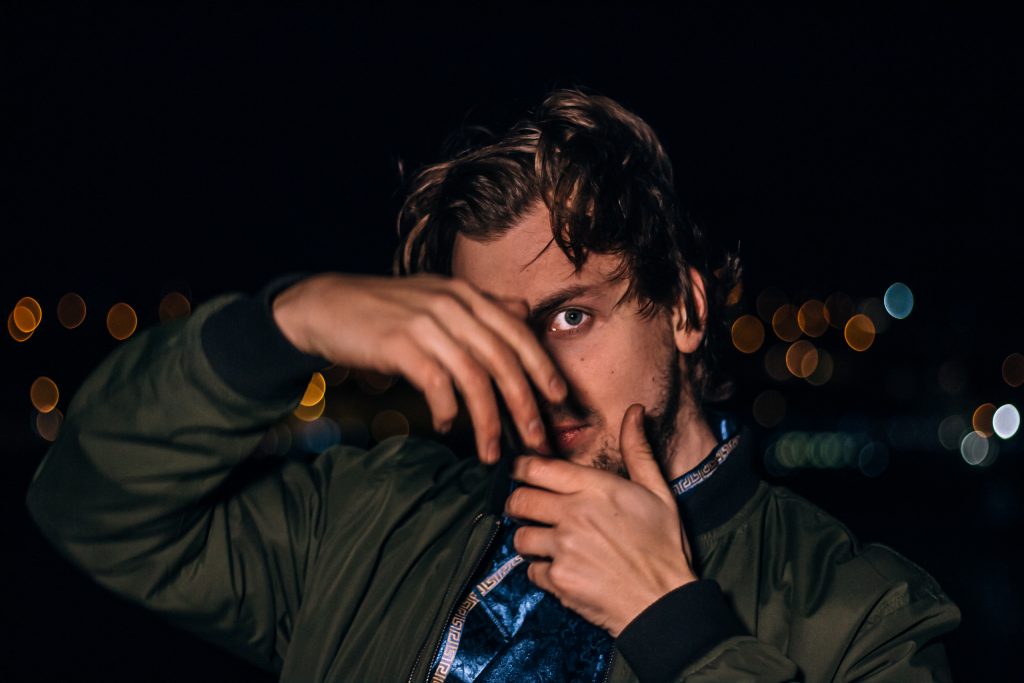 Floor Staff is pop music that plays on the contrast between the grandiose and the intimate, persona and person, exploring themes of social expectations and their accompanying anxieties.
Floor Staff is the musical moniker of Dublin based songwriter, producer and composer Anthony Donnelly. With his new EP Convictions Donnelly bravely takes this introspection to more personal depths, confronting bereavement, fidelity and self-esteem, cathartically transforming these concerns into joyous pop expressions.

Floor Staff’s first release ‘The Good Luck EP’ received critical acclaim, resulting in substantial domestic radio play and numerous festival appearances.
“The music didn’t flow as easily this time, it wasn’t like the first EP where recording something original and hearing it back was enough of a thrill to inspire more. Tackling heavier subject matter took more strict self-examination. The stuff I wanted to express was less primal and immediate so it was difficult to access. As well as that the possibility of people hearing the music was impossible to ignore initially, and it affected my ability to write. Extended periods of time went by were nothing would fall into place. Eventually with strict and regimented writing sessions I was able to unlock what I’d been grappling with and the songs came.”

The Convictions EP was recorded in Ailfionn recording studio, run by engineer Christopher Barry (Myles Manley, Cat Palace, Ye Vagebonds). The pair worked together on production and no one else was permitted to enter the studio until the EP’s completion with the exception of violinist Katie Lynn.

“We played and recorded various random objects, not necessarily to capture how they sounded, but to evoke a particular type of emotion or to work as metaphors for lyrical content. This included scraping kitchen knives together, playing portable radiators as snare drums and playing a bicycle wheel using a hard copy of the previous EP. In a way that was kind of cathartic for the recording process in that damaging the old EP helped to highlight the irrelevance of previous work compared to what I was trying to achieve then and there. Stuff like that helped focus my attention on the present moment.

“I wanted a particular type of groove for this EP. The drums needed to be just off the grid in the style of Quest Love and his playing with D’Angelo, who is a big musical influence. Investigating new ideas and influences like this developed the production style and helped to free me up in a lot of ways.”