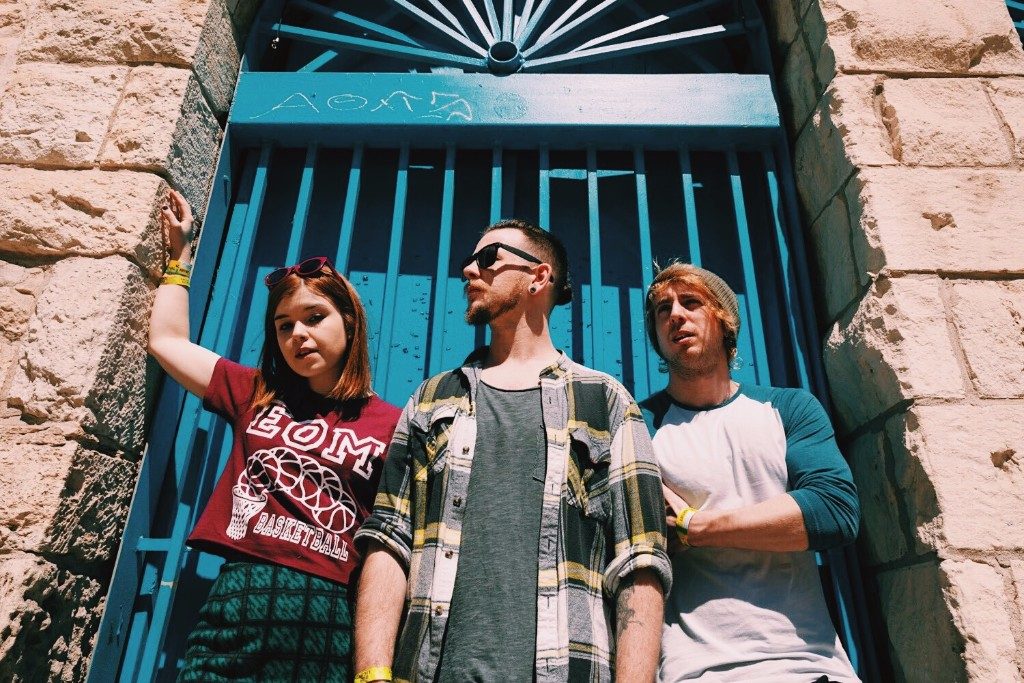 FALSE ADVERTISING are pleased to reveal the video for their new single ‘Not My Fault’ following a triumphant week at SXSW Festival in Austin, Texas and looking ahead to a run of festival appearances over the coming months – full dates below.

Released next Friday 31st March 2017, you can watch and share the video for the single here:

The single has picked up support from Huw Stephens at BBCR1, John Kennedy at Radio X as his Exposure Hot One, and Amazing Radio, with spins from many more specialist shows. The track is the first in a run of standalone releases that the band plan to drop throughout the first half of this year, building on their caustic, fuzz-drenched approach to alternative rock carrying echoes of underground ‘90s champions Cave In, Hundred Reasons, Idlewild and Garbage.

Explaining the concept for the video, the band say: “We basically just wanted to be selfish and have a great day, so we went and spent loads of money on arcade machines, grilled cheese and alcohol. The song is about being semi-oblivious and detached from the crazy political landscape that we reside within these days, so we thought fuck it, let’s be oblivious and do whatever the hell we want to bring it to life.”

“We filmed, directed and edited it ourselves as we do with the majority of our music, artwork and videos. You can tell this because there is only one shot when all three of us are in it together, which we got Chris’s girlfriend Urszula to shoot for us.”

A three-piece indie band who specialise in drenching the catchiest of hooks in the fizziest of guitar-fuzz, the trio developed as much of a name for themselves as “the ultimate DIY band” (self-producing all of their own music and music videos) as they have for their energetic, guttural, instrument-swapping live dynamics.

Remaining firmly inside their own bubble for the last 18 months, they’ve still somehow managed to impress everyone from BBC6 Music’s Steve Lamacq to Drowned In Sound’s esteemed Editor, Sean Adams, who recently named the band as his favourite discovery of 2016.

Total Guitar, The Guardian, DIY, Clash, Louder Than War and many more have championed the band along the way with tracks from their 2016 Brainless EP picking up spins at Radio X, 6music, BBC Introducing and Amazing Radio to name a few.

2016 saw the band stun Liverpool Sound City, Kendal Calling, Dot to Dot Festival and Off The Record (where they were surprise headliners), as well as rack up killer support slots with Bob Mould (Husker Du), The Garden, Estrons, The Amazons and Pins.

However, late last year the cracks in their insular, DIY bubble were beginning to show. Having planned to return to an actual garage to record their new material, the band instead found themselves in actual recording studios, receiving subsequent invites to record at the historic Low Four Studios in Manchester with Brendan Williams (Mercury nominated for his work with Go Go Penguin), and at Abbey Road Institute in London.