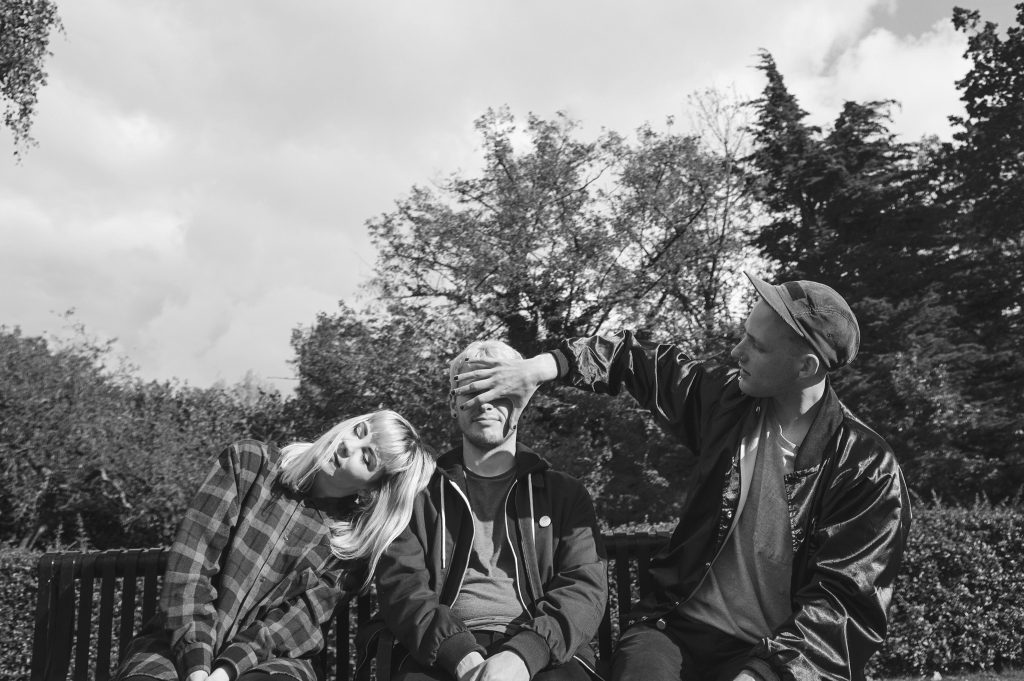 Ahead of their first appearance at SXSW in a couple of weeks, Doe have shared the tongue-in-cheek, dating show-themed video for ‘Monopoly’ via Noisey.

Following on from singles ‘Sincere’ and ‘Last Ditch’, the song is taken from their debut album ‘Some Things Last Longer than You’, produced by Matthew Johnson (Hookworms / Suburban Home Studio). Labelling the track an ‘anti-love song’, singer/guitarist Nicola Leel says: ‘It’s about that point in a relationship when it’s all going to shit and you’re trying to be diplomatic but just want to explode and tell the person that you hate everything about them.’

Doe’s unique brand of wonky alt-pop is set to bring them big things in 2017 and they are very much a band on the rise, having recently announced shows with LVL UP and Honeyblood as well as the aforementioned stint to Austin for SXSW 2017. The trio are currently working on new material for a follow up to 2016’s well received ‘Some Things Last Longer than You’, which ABC News labelled 6th best album of 2016.