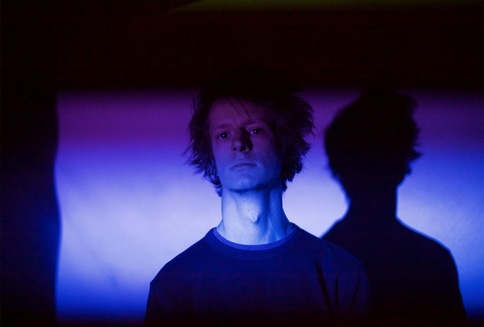 Selfless is an exploration of catharsis and the escape from entrapments of subjectivity and solipsism, guided by Cousin’s renunciation of any ‘original’ playing or recording of his own, while celebrating intimate community and inter-subjectivity through solicitation of private voice recordings from close friends: Natalie Reid recites her own poem on the hypnotic “Observer (Natalie’s Song)”; Ogun Afariogun (aka Tide Jewel) contributed a freestyle rap recorded and sent by phone on “Yung Wether (Ogun’s Song)”; Ayuko Goto (aka Noah) provided a sound file of whispers for “Empathy (Ayuko’s Song)”; “Disassociation (Kyla’s Song)” is entirely constructed of vocals by Kyla Brooks (aka Nag). The rest of the album’s 12 songs explore a gamut of strategies ranging from the textural, beatless, Satie-inflected opener “Song Siènne” to the pulsing ambient- industrial techno of “Cinema Without People” and “Abjection”, and the kinetic, deconstructed IDM-electronica of “Aesthetics Of Disappearance” and “Agnosia”.

Selfless is chock full of stand-out tracks that work in isolation but also make for a wonderfully complex, coherent and compelling album of experimental plunderphonics. Joni Void presents a debut album that balances the freeform spirit of sampledelica with the conceptual, emotive and stylistic specificity of individual songcraft, to glorious effect.

LISTEN TO “DISASSOCIATION (KYLA SONG)”
A self- taught musician making tracks since he was 14 years old and living in Lille, France, Cousin moved to Montréal in 2012 to pursue Film Studies. He plunged into the city’s fertile DIY/loft scene and in a spirited transformation, evolved from cloistered bedroom/virtual persona to highly engaged organizer and performer. Cousin has self-released a cavalcade of original albums and remixes since 2011; Selfless is his debut release on a record label.

Cousin’s earliest records, made as a teenager, combine piano and field recordings, inspired by the film soundtracks of Jon Brion, Philip Glass and Yann Tiersen and the sample worlds as Boards Of Canada, The Books, Four Tet and Burial. An increasing obsession with micro-sampling, aleatory composition, history of cinema and the techniques of foley and film sound editing – along with an increasingly active practice of remixing and beat-making – has seen Cousin’s music flourish in fascinating ways. Perhaps most importantly, Cousin now constructs his tracks entirely from found sources and aims not to ‘play’ anything at all. His personal hero Delia Derbyshire (White Noise; the early years of the BBC Radiophonic Workshop) cemented his commitment to making musique concrète avant-pop inspired by these analog tape- based pioneers (albeit now utilising today’s more accessible digital tools).