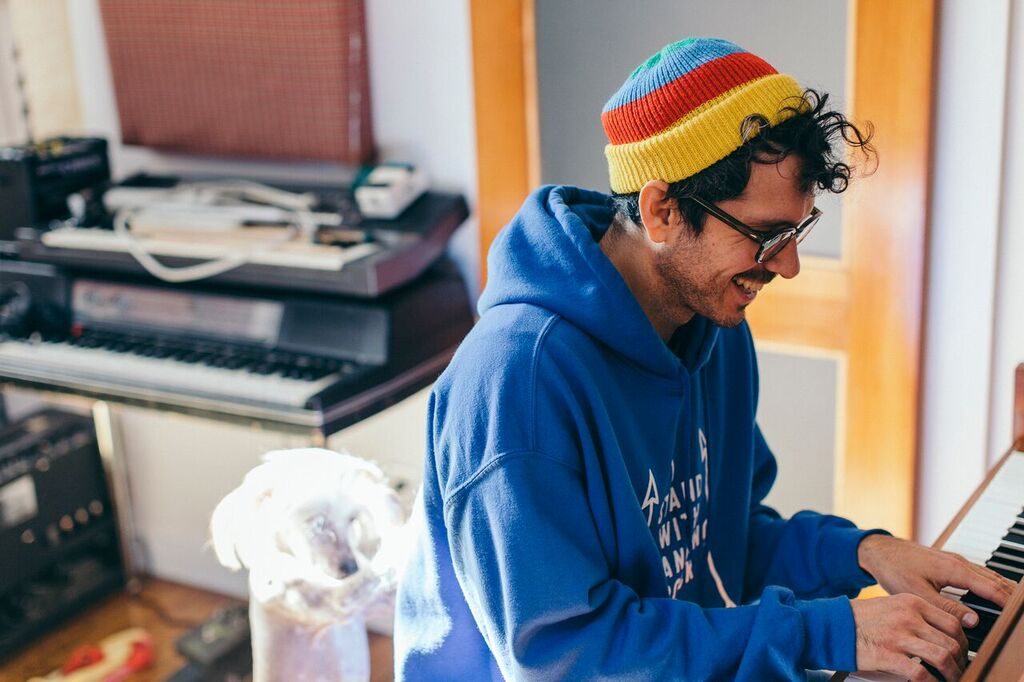 ‘This Ole King,’ which features some very cool displays of 360-degree video technology, longtime fans will find Wolf still knows how to bring the strange.”
– The 405

“(One Mississippi) It’s a song about not overly dwelling on the dark, with their glitchy production style and some tasteful whistling ultimately giving its initial mournful vibe an uplifting touch.”
– Brooklyn Vegan

“This Ole King” seems to be an exhale of sunshine — like one of those “light boxes” for impending Seasonal Affective Disorder.” – Stereogum

The 405 has shared WHY?’s 360 degree/virtual reality video for their first single “This Ole King”. “This Ole King” was followed by two other singles “Proactive Evolution” and “One Mississippi”.  WHY? will release their sixth album, Moh Lhean, on March 3rd via Joyful Noise Recordings. A follow-up to 2012’s Mumps, Etc., it’s the first fully home-recorded WHY? album since the project’s 2003 debut, made mostly in Yoni Wolf’s studio and co-produced by his brother Josiah.

Movement is a key theme of Moh Lhean — it’s a breakup album without a romantic interest. “Easy” plays like a ward against the old ghost who haunts “January February March,” while “George Washington” finds Wolf on a tiny watercraft, paddling away as that malevolent force stays ashore. “The Water” morphs a moody folk tune into some strange new form of full-band dub, while “Consequence of Nonaction” wavers between a quiet meditation for guitar, clarinet, and voice, and wild, sax-strewn art-funk. Psychedelic album closer “The Barely Blur” — which features Son Lux — explores the nature of existence, focusing on the infinite instead of leaving listeners with the macabre chill of death.

With:
% eskimeaux
& Open Mike Eagle
# Rituals of Mine
! Dosh
^ The Ophelias
* Molly Sullivan