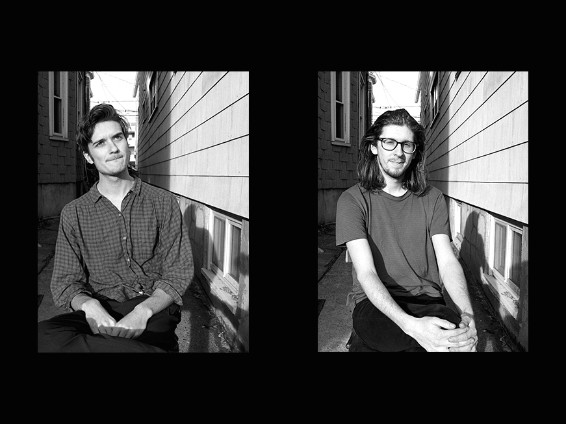 Announce Tour Dates with SPORTS and Horse Jumper of Love

Boston’s Vundabar are getting ready to re-release their sophomore album Gawk on March 10th with new artwork and a brand new single “Shuffle,” which premiered today via Noisey. Vundabar have undoubtedly become one of Boston’s favorite new bands over the past few years and they’ve played extensively with bands like And The Kids, PWR BTTM, Pinegrove, Horse Jumper of Love (whose album they co-released through their own Gawk Records), Diarrhea Planet, Forth Wanderers, Alex G, and on and on. They’ve spent the majority of the last two years since the initial release of Gawk on the road and they’ve built a cult like following thanks to their razor sharp songs and goofy charm. Vundabar will donate all digital sales of “Shuffle” to Planned Parenthood.

“The track amps up everything we loved about the band since we first heard early single “Holy Toledo”—sludgy guitars, heaving choruses, and a too-smart-for-your-own-good recklessness a la the Violent Femmes and Pixies. It’s anxious and arrogant, witty and desperate.”

The band will be on tour this Spring with SPORTS and Horse Jumper of Love. Complete dates can be found below.

There’s a dichotomous nature to Vundabar. They’re simultaneously whimsical, sardonic, detached, desperate, sincere, arrogant and insecure. The sound of someone caught between a want to numb and callous at odds with the need to reconcile experience and connect; pulling closer with one hand and pushing away with the other. Contradiction run amok in the voice of the narrator, they’re not sure whether to laugh or cry. There’s an acute awareness of the fact that something can be heartbreakingly funny and hilariously sad. Damage underlie pop song structures and vacancy create as much space as what is stated. It’s jester music for sad people that need to dance and dance they will.

The Gawk re-release is a moment for the group to reflect on their journey thus far, press some new vinyl, and prep their audience for their third album, which will be released later in 2017.