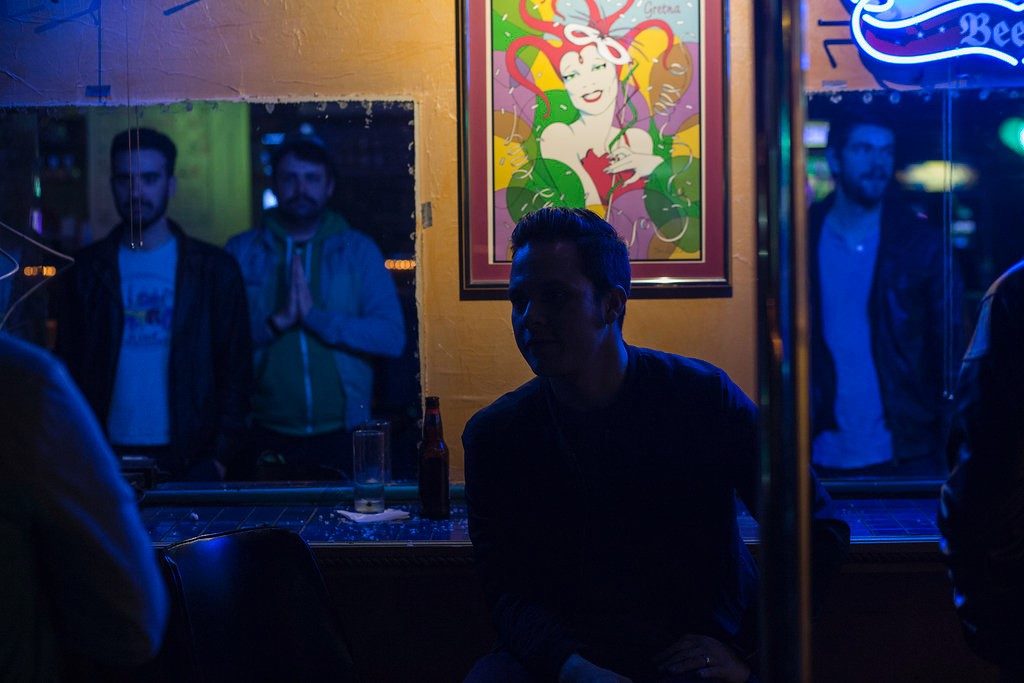 We adore hard working labels and their support with talented acts- their trust to project acts further and to unite people with the music they’ve made a home for. It comes to no surprise we are slightly obsessed with the work New Orleans, Lousiana based DIY label Community Records do and for the acts and releases they back. The label pride themselves on delivering the best in underground punk, reggae, hardcore, ska, experimental, noise etc. Community Records try to create something different, something positive, inclusive, beautiful, inspiring and something reflecting quality. Their efforts, all of which paying of. Their bands are united not on the basis of musical style but more on the common goal of making challenging music in a radical way.

This brings us to the forthcoming release from the ever incredible Vox And The Hound. The New Orleans based quintet are an act with a somewhat legendary status where they hail from- and it won’t be long before the UK will be boasting about the talents of this experimental 5 piece- listen to the band you’ll be backing their records in no time.

The musical journey of Vox And The Hound kicked off in 2010 originally as a solo project by Leo DeJesus. It wasn’t long before Vox evolved bringing in more musicians to the act and gaining success and fans with their promising EP and LP releases. Fast forward 4 years and the band are about to reap in the rewards when they drop their forcible new record.

2017 marks a momentous year for the act as they announce the release of their forthcoming 9 track album ‘Aloha Shores’ due Friday March 31st via Community Records. 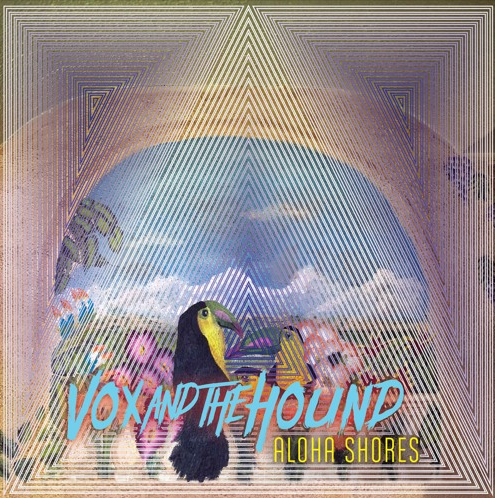 To hear a band challenge so many visions in their music and piece their instrumentation together so flawlessly with their own unique take on what they’ve created is a refreshing find. Vox and The Hound are an eclectic quintet with a collection of 5 multi instrumentalists all of which creating such essential music to indulge in.

In the lead up to Aloha Shores officially being released, the band are releasing a cassingle and music video later this week, Friday 10th February.

To get a little taste of the hard work the 5 musicians have recently endured and to excite you all with their journey, we are delighted to unveil their addictive new track ‘Recapitated’, the first single and first track from their forthcoming album.

We are also delighted to spend some time with D-Ray on behalf of Vox And The Hound to find out more about this release, their partnership with Community Records, their positive sounds and more…

Yeah! So Leo DeJesus (guitar / vocals) began writing some songs as a solo project under the name Vox and the Hound. Pretty soon thereafter, he got with Eric Rogers (percussion) to form a band of talented friends to put some more sounds to Leo’s song ideas. (Myself) D-Ray (keys / trombone), Andrew Jarman (bass / vocals), and Rory Callais (guitar) were their first choices and the band has been the same line up ever since. We had all known each other for years from growing up / performing together in the New Orleans area, but this was the first time this group had played together.
For our first EP, Hermosa, it was mostly adding orchestration to already completed song ideas from Leo. From there we wrote our full length, Courage, and the accompanying EP, Cowards, in a much more group songwriting effort. This latest record, Aloha Shores, is even further realized in that respect. We spent almost 3 years writing and rewriting this material. Hardly any of the songs started as a complete idea and some of them were just a tiny morsel of a sound or feeling we wanted to find. It was both exciting and frustrating at times to take so long on a record. In the end though, we are all really happy with the way the record turned out.
For keys, D-Ray takes a lot of influence from Electric Light Orchestra and Kansas primarily or at least that’s what he thinks of when he thinks keyboards. Also any other synth work from the late 70s – 80s. Generally style wise we like to nod toward David Bowie, XTC, Supertramp and 80s horror movie soundtracks.
Editors note: I always ask this if theres an intriguing story behind the formation of the ‘name‘, if there’s not you are still just as awesome so don’t worry
Honestly, it was the first thing that popped into Leo’s head when naming the solo project. Once the band was formed, it just kind of stuck.
On Aloha Shores, we incorporated a lot of robotic-esque sounds. Electronic drums with mechanical beats, jangly guitars, bright / abrasive synths that pop in and out, vocal effects that can make you feel sometimes claustrophobic, sometimes isolated in the middle of nowhere. There’s something very mechanical and modern about this record even if the genre changes from song to song.
The record is finished! We recorded Aloha Shores different that any of our past records: one song at a time. Some of the songs were actually finished in the studio. We would book a day at the Music Shed in New Orleans with Ben Lorio and, most of the time, knock out a song in about 12 hours. Sometimes we wouldn’t go back for another song for a month or so. There are a lot of different styles between the songs, so the day to day approach allowed us to walk in with a clean slate and start fresh. All the sounds of every single track is specifically dialed in for that specific song.
Endurance. It is a testament to what we can create when we focus on perfecting the music and not necessarily a release timeline. Honestly, it was uncharted territory for us, so at times it was difficult to see the light at the end of the tunnel. It’s really rewarding to be so happy with the finished product.
Oh it felt great! We had a ton of fun and put a ton of work into that campaign and everything around the release of Courage. It definitely made all the hard work feel like it paid off at the end.
“Aloha Shores” will be released digitally and on cassette tape on Friday, March 31st. Preorders will go up with the single release. We are also doing a very limited cassingle release of “Recapitated” and “Alaskan Nights” (B-Side from the Aloha Shores sessions that didn’t make the cut)
We are doing a single release show on Friday, February 10th with Alexis and the Samurai at Gasa Gasa in New Orleans. The album release show will be Saturday, April 1st with Renshaw Davies and YRSTRLY at Three Keys in New Orleans
We’ve been associated with Community Records at least a little bit for years since D-Ray is a part of both Vox and the label. Our past releases have been represented on the Com Rec online store and it’s always helped the band reach some extra people. That reach is going to be especially helpful for this record since the band hasn’t been very active as of late. We are extremely thankful to Com Rec for the help!
It’s going to sound cliche, but all the new material is fun to play. Even though it took us years to finish this record, most of the songs haven’t been played live that much so they’re still fresh. We had to go back to the recordings and learn how to create all the sounds in a live setting. If I had to pick favorites, I guess I’d say Recapitated, Moxie, Aloha Sures, and The New 30
After these release shows, we want to continue to focus on the live show. We want to put together a live show experience that keeps the audience entertained beyond what you may expect from going to see a live band. An emphasis on appealing to all the senses.
Thank you so much for helping us share this first listen of Aloha Shores with the world! We appreciate you and everyone taking the time to listen and we hope you get as much enjoyment out of listening as we did from creating.
PRE ORDER INFO- http://communityrecords.limitedrun.com/products/586322-vox-and-the-hound-aloha-shores
We cannot thank the band enough for their time and involvement with Circuit Sweet, we are so excited about what lies ahead for the band and we can’t wait for everyone to hear the record in full. We wish you all the best with the record, the live shows and every opportunity which will follow in the footsteps of your  remarkable release..
https://www.facebook.com/pg/voxandthehound/
http://www.twitter.com/voxandthehound
www.communityrecords.org