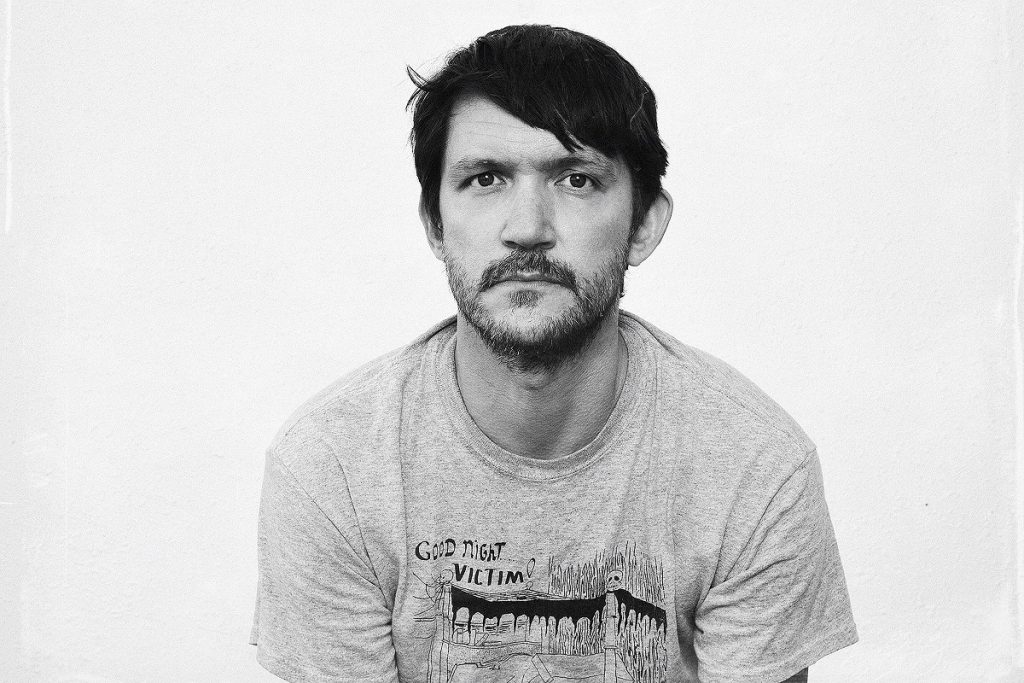 Tim Kasher, best known as singer/guitarist for pioneering US indie-rock bands Cursive and The Good Life, will release his third solo album No Resolution on 3rd March 2017 via 15 Passenger, the newly launched label owned and run by Cursive.

The album is streaming exclusively in full with The AV Club ahead of release – listen and share here: http://www.avclub.com/article/listen-no-resolution-tim-kashers-latest-heartbreak-251145

Kasher also recently announced he will be touring in the EU over the coming weeks, before heading to the UK in late March 2017 to promote the new record with 8 dates up and down the country. He then heads back to the States for the first leg of his US tour supported by Alison Weiss.

No Resolution is now available for pre-order via the 15 Passenger website and iTunes, including instant grat downloads of new tracks ‘An Answer For Everything’ and ‘Break Me Open’ with all pre-orders. The album will also be released on blue with white splatter pattern vinyl for a limited run of 1,000, which will be available through the 15 Passenger Bandcamp store and at Kasher’s upcoming live shows. A clear with red and yellow splatter pattern vinyl version of No Resolution will be exclusive to independent record stores as well, also limited to a run of only 1,000.

Known for pushing musical boundaries throughout his career – whether he’s switching up sounds between his bands and solo LPs, crafting intricate concept albums (two of which – Cursive’s 2003 LP The Ugly Organ and 2012 LP I Am Gemini – featured play-like stage directions), or transforming songs originally conceived as a soundtrack for his self-penned screenplay into a standalone album (The Good Life’s 2007 release Help Wanted Nights) – No Resolution is the natural continuation of Kasher’s constantly evolving body of work.

It is his most cinematic creation, a moving and cathartic collection of soundscapes that feels more like a suite of movements than a standard pop album, complete with instrumental breaks conjoining the nine songs. Fittingly, the 15 pieces will be featured in Kasher’s directorial debut film of the same name, which he also wrote, to be released later this year. Across the album’s strong story, the characters – an engaged couple on the brink of a break up – grapple with the specific and the broad, including the restlessness of adulthood and smothering external pressures; relationships in various states of transition and the walls built within them; distrust, indecision, and despair; and the existential anxiety that drives a deep need to leave a mark on the world.

No Resolution was written throughout 2013-15 and recorded at The Hobby Shop (with Andrew ‘mudrock’ Murdock) and at Kasher’s home in Los Angeles, CA, the Shape Shoppe in Chicago, IL (with Nick Broste), and at ARC Studios in Omaha, NE (with Ben Brodin). Filled with lush arrangements that include piano, vibraphone, organ, trumpet, synths, and various strings, the album is some of the most beautiful and finely orchestral music from Kasher, yet it is also his most subdued and understated work. A full track listing and cover artwork are below.

The album will be the first release from 15 Passenger, the new INgrooves-distributed label founded and run by the members of Cursive: Kasher, bassist Matt Maginn, and guitarist/vocalist Ted Stevens. In addition to No Resolution this winter, the label plans to reissue Cursive’s entire catalog beginning with their 1997 debut LP Such Blinding Stars For Starving Eyes and their 1998 LP The Storms of Early Summer: Semantics of Song in fall of 2017. More news on the label and its forthcoming releases will be announced soon.