Self-titled album due 31st March on Trouble In Mind

Calling Oakland, CA’s RAYS  a “supergroup” might be misleading, but not entirely inaccurate; comprised of four Bay-area music veterans; Stanley Martinez, Eva Hannan, Troy Hewitt & Alexa Pantalone whose current & past musical projects include local bands-of-note like The World, Life Stinks, Violent Change, & Dadfag. The band will release their self-titled debut album on March 30th, but you can check out a new track via the video for “Made of Shadows” now..

Eva says of the video; “This song is about humankind’s tendency to see themselves in everything, faces in abstract forms or perceiving the presence of sentience even, or perhaps especially, when alone. The video is a perspective on the fragility of companionship and meaning.”

—
On RAYS’ debut album on Trouble In Mind, the band spins eleven tunes of wiry, urgent post-punk, one foot planted firmly in the nihilistic apathy of 70 & 80’s punk (Wire, Electric Eels, Pere Ubu, Eno, Television The Fall), Australian punk past & present (UV Race, Terry, Victims, Babeez), and the addictive strum of 80’s & 90’s New Zealand/Flying Nun pop; all of whom have found their own way to meld the ferocity & thuggery of punk with a singular melodic voice.

RAYS are no different; the swirling jangle of “Attic” starts the album off, sardonically extolling the joy of ‘attic life’ with Hannan’s monotone conveying an underlying sense of dread & isolation. “Dead Man’s Curve”, with it’s hook-filled, organ-laden chorus plays like a lost teenage tragedy song, celebrating the desperation & angst of reckless youth. ”Elsewhere, tunes like “Theatre of Lunacy”, “Made of Shadows” & “Drop Dead” rage with a desperate fire, speaking to the absurdities of everyday life, but with a wry smile.

Shit is fucked, but the members of RAYS seem intent on finding humor within the world’s everyday desperation, because sometimes that’s the only way to stay sane. “Pain & Sorrow”, “Back Downtown” all speak to these truths. The album ends with Hannon’s “Over and Over”, it’s sweet melody belying a derisive outlook on the necessity of modern life & the repetition it requires. 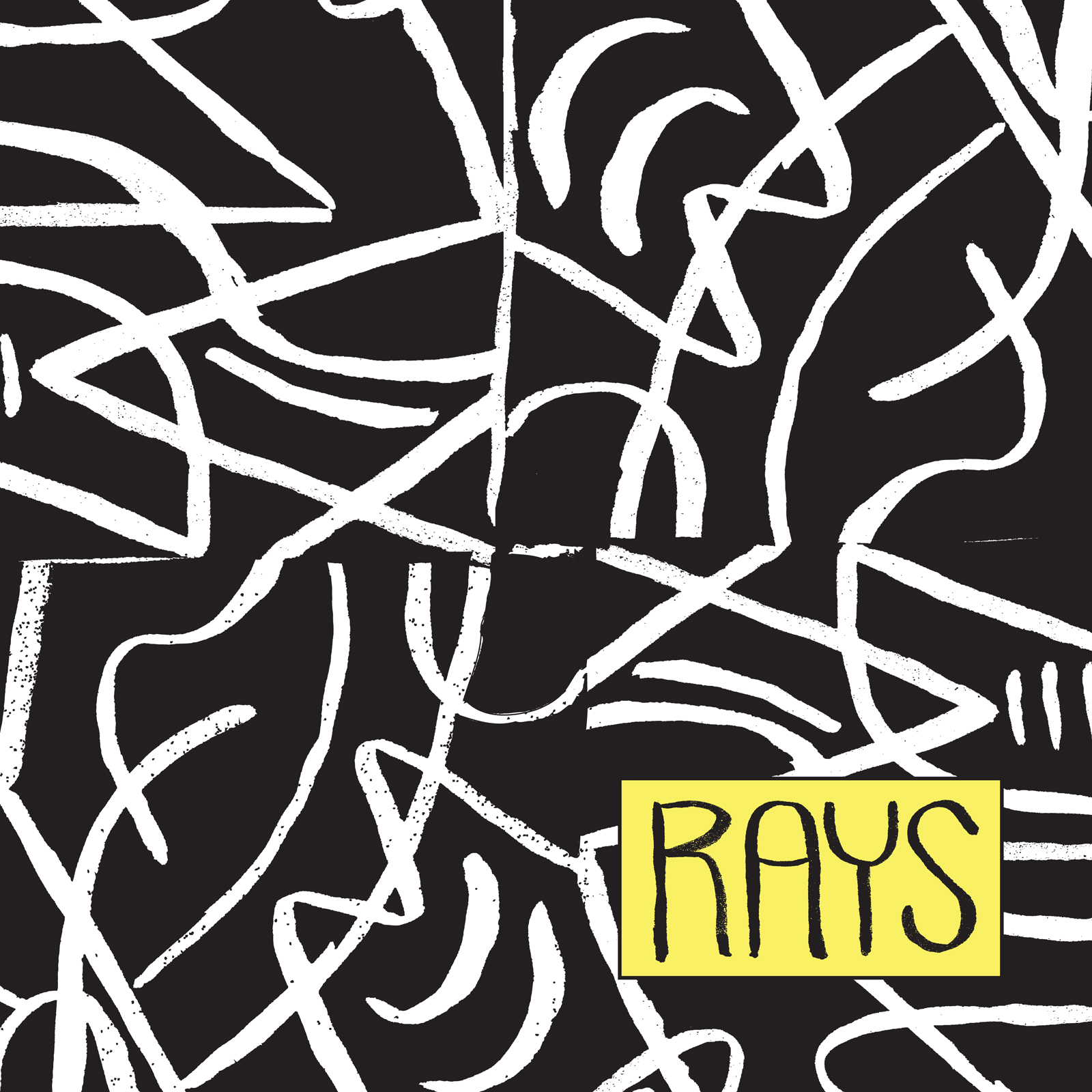