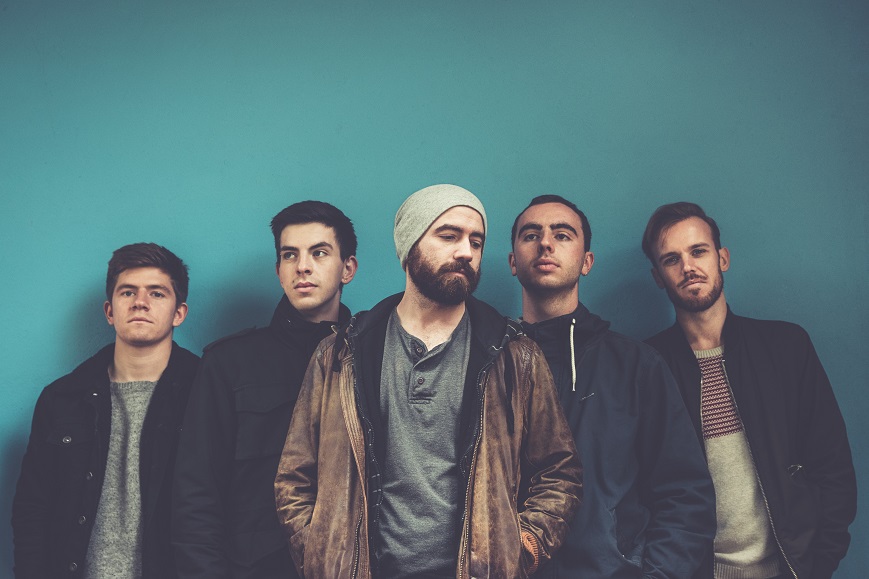 Porshyne are an atmospheric rock five-piece hailing from Brighton. Formed in 2014, early releases from the band such as “Residue” and “Warp” have helped to cement their name within the Brighton music scene, leading to them playing shows alongside the likes of Black Peaks, Valerian Swing, Town Portal and many more. Now, after having burrowed away to record their debut EP “Environmental Music” with Mark Roberts (Black Peaks, Broker, The Physics House Band), Porshyne are set to return with their most heavy, emotive and accomplished material to date.

The contexture of the EP is a sound that sits somewhere between prog, alt-rock, electronic music and post rock. “Environmental Music” is a masterfully dynamic and heavily textured collection of tracks combining melodic vocals with intricate and carefully refined guitar work, which alternates between cinematic and darker, heavier phrases that are intertwined amongst complex rhythms and subtle electronic moments.

Tracks from the EP such as ‘Exit’ show a understated ambient melancholy to the record, which at times calls to mind the sounds of Radiohead, meanwhile guitar sequences at times lean towards the darker end of the prog-rock spectrum conjure up the sounds of Tool, Dredg or Karnivool. Other tracks such as ‘Hubris’ have a more desert rock inflection with riffs akin to that of Queens of the Stone Age or Kyuss. Porshyne hold nothing back on “Environmental Music” amalgamating a multifarious set of influences, styles and genres, concentrating their individual creative forces into one cohesive body of work.

Speaking about the forthcoming EP, Fergal Lyden (Vocals/ Guitar) said, “We’re really happy about how the record has turned out and excited to get it out for people to listen to. Mark (producer) did an amazing job of capturing what we were aiming towards, and how representative we feel this EP is of us as a band is testament to that.”

“Environmental Music” is an intensely structured body of work, which is as meticulous as it is powerful. Albums that manage to merge such a wide variety of styles and exhibit such a multitude of musical landscapes in such an unabridged manner are rare. This debut EP from Porshyne is a statement of intent and is not one that should be ignored.