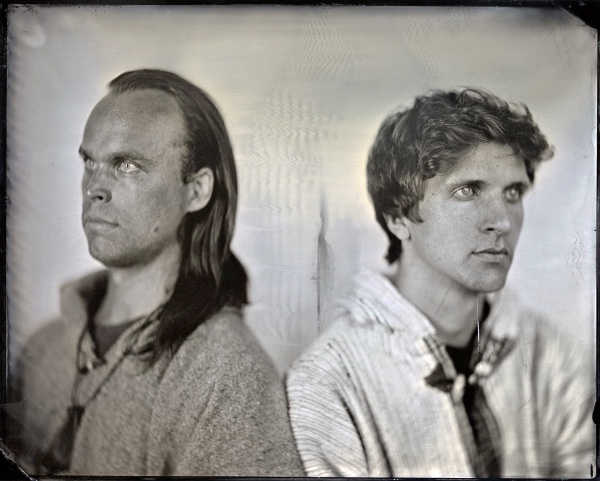 Allred & Broderick, the new project from Peter Broderick and collaborator David Allred have unveiled a second track from their forthcoming album Find the Ways, out April 7th on Erased Tapes Records.

“’Hey Stranger’ is about an old friend that I will refer to as J, who disappeared about 5 years ago” he explains. “J was a close friend throughout most of my life but was also one of the most perplexing individuals I’ve ever known. He had a very off-beat relationship with his family and most friends due to his intense personality which inevitably deteriorated his relationship with almost everyone he crossed paths with. He has no online presence or any clear existing indication that he’s still out there in the world which is the most unsettling feeling for me, but for some reason over the past year I have been getting the idea that he will pop up on the street at any moment when I least expect it.

Despite my last few interactions with J being quite challenging and dramatic, I still often appreciate his overall influence on me. Of all the people that have come and gone in my life, the memories I have of him somehow stuck with me more than most of the other people that I’m no longer in touch with. J’s lasting yet perplexing impact on me has recently been growing more prevalent in my life, even though I mostly felt the complete opposite when he was actually a part of my life. I felt a strong prompting to write this song in an attempt to make peace with this unresolved situation.”

Allred & Broderick met in 2012, when David wrote to Peter saying that he had transcribed Broderick’s piano song‘Pulling The Rain’ and wanted to know if he would take a look to check it for accuracy. Having always wished to have written scores for his piano songs, this initial gesture caught Broderick’s attention. In 2013, they both found themselves living in Oregon, and began working on music together.

Armed with nothing but their voices, a violin and an upright bass, they began their journey to create an album as minimal as possible. Recorded in Peter’s studio The Sparkle on the Oregon coast, the pair used this solitude to focus on creating something completely raw and honest – something often so unattainable during a time where complexity is sought most.

In a world full of noise and the anxieties of every day life, Find The Ways brings us together and reminds us to appreciate and confront the fundamental facts of life, and know that we, as individuals, will eventually find our way.

Artist and long time collaborator of Erased Tapes Peter Liversidge was commissioned to paint the cover art as per his ‘Sign Painting’ project. Liversidge also painted the fragmented lyric signs featured in the official music video for ‘The Ways’, directed by label founder Robert Raths.