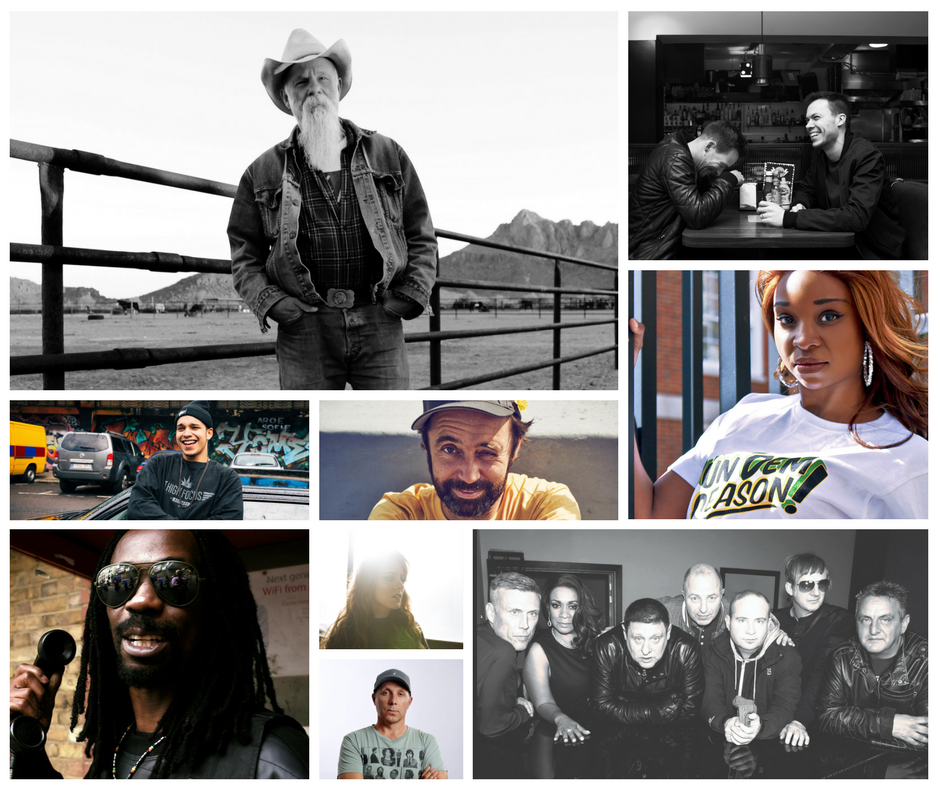 Nozstock The Hidden Valley, the family-run, family friendly and home-made festival set across a working farm in stunning rural Herefordshire, returns for its 19th year in July 2017. Father and daughter Noz and Ella curate one of the country’s most charming and beguiling festivals, surrounded by rolling hills and a world away from reality. It’s a weekend of escapism, inspiration and enchantment which encompasses everything from pop, ska, folk, funk, hip-hop, drum and bass, house and a whole lot more. This year’s theme of Keepin’ It Surreal will see the farm transformed into a wondrous world of oddities and mystery, with plenty of inspiration for fancy dressers across all ages.

On revealing the first acts, Ella Nosworthy says: “It’s great to be getting our first brilliant headliners out there, and we’re very pleased how this year is taking shape. There are some huge names alongside a lot of brilliant new talent, mixing it up across live and DJ action, as well as our first announcements for theatrics too. Plus there’s plenty more to come too over the coming weeks.”

Seasick Steve has come a long way in ten years since he burst into the public’s consciousness with amazingly raw performances on TV. It’s his astonishing live performances that have turned him into such a powerful force, and his latest album gave was his fifth consecutive top ten in the UK and culminated in a performance at Wembley Arena. Next up are the Happy Mondays, one of the most iconic bands of their time, with their sound mixing the rhythms of house music, ’70s soul and ’60s psychedelia. With a hugely influential legacy they are part of the UK’s music royalty, capturing the spirit of an era with infectious songs and wild performances.

Few people have contributed as much to UK urban music as General Levy. Strong influences in reggae and black culture have defined his sound, as has soul, ska, hip-hop and calypso, creating a true totem of the scene. Young rapper Ocean Wisdom spent years perfecting his craft, remaining relatively quiet even in his hometown of Brighton. That was until a chance encounter with hip-hop producer Dirty Dike; one take later and Walkin’ was born, and a new star with it. Mungo’s Hi Fi are a production unit who pull off that rare trick of making reggae/dancehall that is original and of quality. True to the scene’s DIY ethos, they built their first sound system from speakers found in a skip and began producing on an old Atari, and have never looked back.

Beans on Toast has become something of a cult figure, singing simple songs that tackle big issues, with honest lyrics and quick wit. Rodney P and Skitz are two iconic names; Rodney has been widely regarded as the godfather of British hip-hop, inspiring a generation of British emcees and producers, and fellow luminary Skitz has been at the forefront of the UK hip-hop scene for years, and is another revered founding father. The Correspondents are singer Mr Bruce and producer Chucks. They formed in 2007, and within two years had taken their hi-octane dance music from house parties to festival main stages, covering jazz and blues to the nether regions of electro and drumʼnʼbass. And to say Dabbla Illaman and DJ Frosty is an electric live performer is an understatement; his signature fast-flow shows incite riotous dance floor behaviour, whilst the ferociously fast-chatting Lady Chann is an imitable female presence in the world of dancehall and bashment.

Next up are Land of the Giants, who have been getting crowds to groove until they sweat with foot-stomping beats, toe-tapping basslines and Andy Quick’s soaring vocals. The Stiff Joints are a ten-piece ska army who segue across blues, folk and rock. Chainska Brassika are the mischievous rabble who have been spreading their contagious horn-driven ska anthems across the UK. And labelled one of the breakthrough artists of the year by BBC 6Music, but already notching up sold out shows, Hannah Peel’s experimental pop sound is definitely one to watch. Further live acts include Jeremiah Ferrari, Sola Rosa, Jalen N’ Gonda, Death By Unga Bunga, Oh My God! It’s The Church, Haus, The Meow Meows, Jasper In The Company of Others, Micall Parknsun, Natty Speaks, Desert Boots, Youth, Boy Azooga, Andy Jones, Lit FM, Mango Factory and Normanton Street with many more to come.

Nozstock’s DJ billing introduces some classic names alongside the new breed of talent shining through. Famed for his inventive combos and wily technical ability, Krafty Kuts’ sets smack of a man addicted to funk in all its forms and his talents have won countless awards. Delta Heavy are one of the most exciting duos to hit dance floors across the globe. Over the years they’ve steadily conquered club-lands from England to Ibiza, dominated charts in the US, and turned in a classic Radio One Essential Mix at the end of 2016. DJ Hazard has knocked out enough dancefloor bombs to be considered a serious sonic terrorist; his incredible anthems ‘Busted’ and ‘Mr Happy’ topped drum ‘n’ bass charts. He’s joined by award winning MC Eksman. Conceived by drum and bass visionary Kasra back in 2002, the Critical Music name has since blossomed into one of the most successful independent record labels in the UK. They are
celebrating their 15th anniversary in 2017 with Break, Ivy Lab, Kasra and Foreign Concept in attendance at Nozstock. Bassline booming Ram Records’ Loadstar are an on-point music production duo rooted in drum and bass, who also work in other genres including dubstep and electro. And fellow Ram label artists Mind Vortex have enjoyed support from Mistajam, Grooverider, DJ Hype and Drumsound, continuing to smash clubs and festivals, whilst Frankee is part of a new wave of producers to hit the scene – fast becoming one of its most essential names. Then there’s Nozstock regular Uncle Dugs, curating a drum and bass showcase featuring Billy Bunter and more names to be announced. Further DJ support comes from Octo Pi, Scope, Dex, Remidy MC, Trafic MC and the return of the psytrance- pounding exponents Tribe of Frog.

Set on a beautiful working farm in the heart of Herefordshire, the reassuringly welcoming and independent festival has evolved from 50 friends at the inaugural gathering and flourished into an intimate musical odyssey. With interactive adventure and performance for all ages, Nozstock is a playground for everyone, from seasoned festival goers to newbies setting out for the first time. The festival features a huge range of entertainment and inspiration for families with games, pop-up performances, and workshops at every turn.