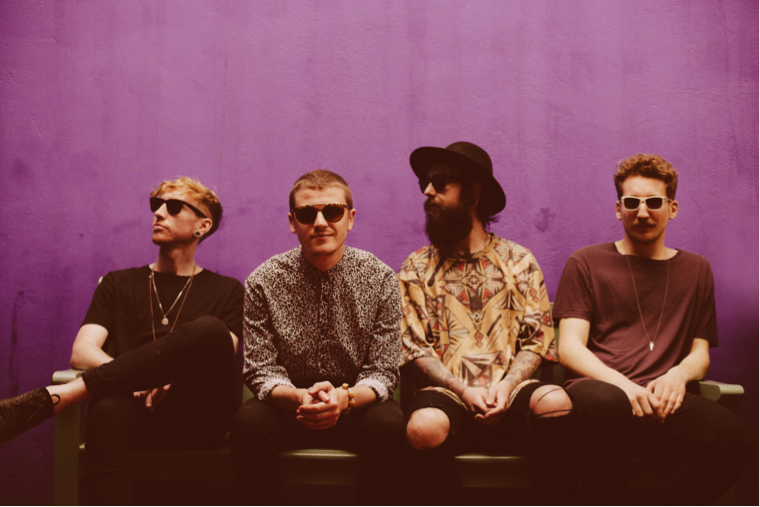 “Natives made the Hammersmith Apollo feel like Glastonbury”
Metro

New Forest tribal-pop quartet Natives have announced an extensive 17-date UK tour running throughout May and June this year. The tour starts at the Bristol’s Louisiana on May 9th and finishes at The Winchester, Bournemouth on June 17th. The band will call at major cities across the UK and headline The Camden Assembly, London on June 15th.

The announcement follows the band’s recent tour with Busted, which saw Natives play the biggest shows of their career and achieve high profile press support from the Evening Standard, Metro and more.

The band are gearing up to release their second album later this year through LAB Records / The Santi Collective. The recent string of highly acclaimed single releases, including ‘Warpaint’, ‘Passion’, ‘Stop The Rain’ and ‘Chasing Lions’, from Natives give a taste of the ambitious record, which explores the fictional story of a curious character who embarks on a journey into an unknown world.

Regarding the upcoming album and tour, Natives guitarist / synth player Jack Fairbrother says, “Our new album, at it’s core, is about coming together and building a community, regardless of differences in backgrounds or cultures. We want this tour to be a place where everyone feels welcome. We want people who feel like they don’t fit in – that they don’t have a place in the world – to come to these shows and feel at home.”

Natives are set to commence their largest run of headline shows to date in May. The band have also been announced to play the Common People Festival, Southampton on May 28th. Full tour dates are below:

“Natives have always sought out unusual sounds, elements that differ from the norm”
Clash“A clean slice of euphoric pop”
The Independent

Tickets for Natives headline tour are available through SeeTickets –http://www.seetickets.com/tour/natives 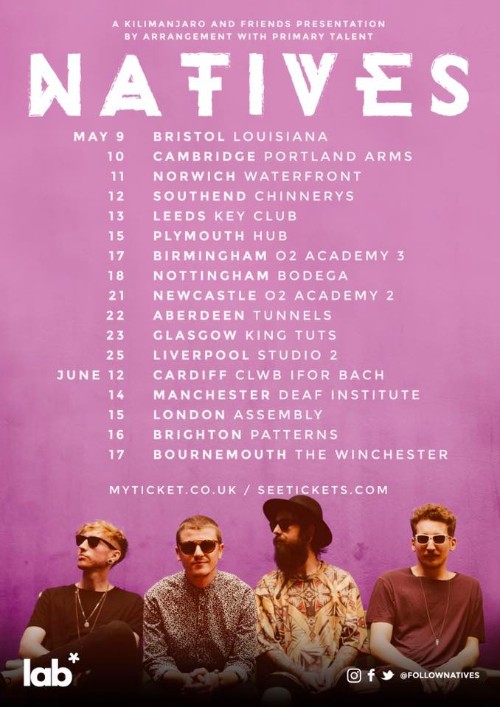