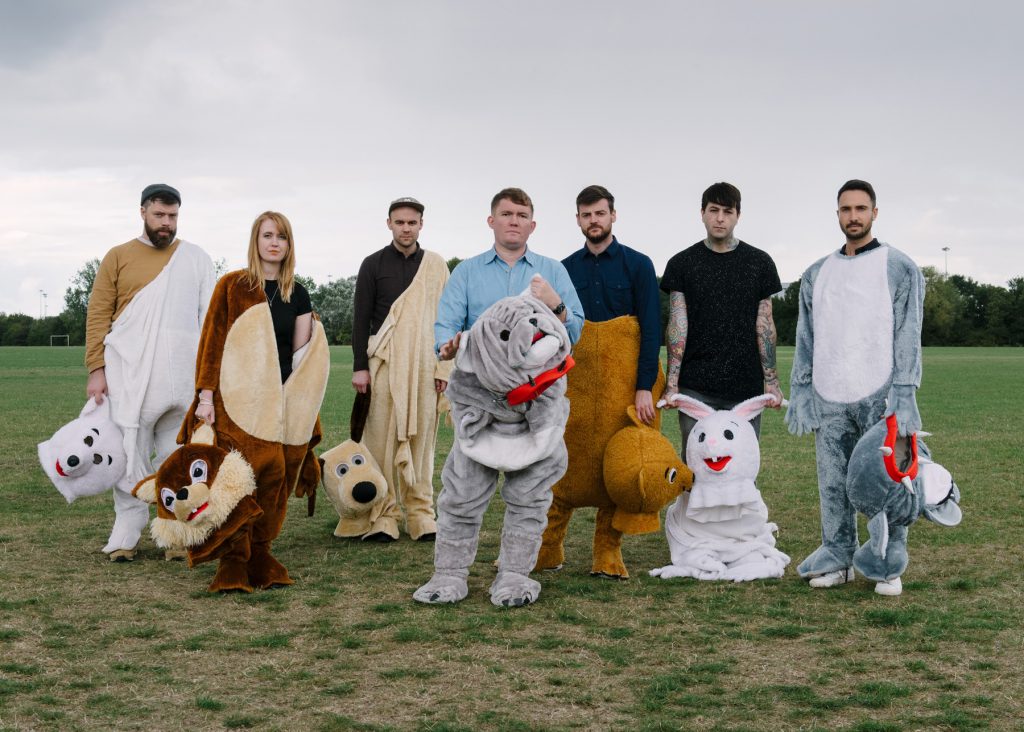 Los Campesinos! share new single, “The Fall of Home”, the final song to be taken from their sixth studio album Sick Scenes before its worldwide release via Wichita Recordings, on 24th February.

Gareth says of the song, “This is an elegy to the home towns left behind. It’s about the villages too stifling to ever allow you or itself to flourish. About those who left to protect their mental health or to be the best version of themselves. To those who moved to the city and return “home” for Christmas and funerals, feeling like a tourist. For the lonely people in rented house shares with no idea what they’re doing. And it’s for those who didn’t want to or couldn’t leave, and are still hanging in there.

The tail-end of 2016 saw Los Campesinos! mark their return with a handful of sold out shows, further live action follows when the band undertake a whistle-stop tour of North America in February and March followed by a run of UK shows – the full itinerary is:

All shows are all ages unless stated.
* w/ special guests Crying

Sick Scenes, the band’s sixth album arriving after a recording hiatus of some three years is testament to their longevity and canny perception –  coming into view amidst a backdrop of personal and social malaise, prescribed medication, the disintegration of local communities, non-league football and the minutiae of every-day life.

Sick Scenes will be available on vinyl, CD and digitally through Wichita Recordings. The album is available for pre-order now in limited bundle format:
https://kontraband.store/loscampesinos/