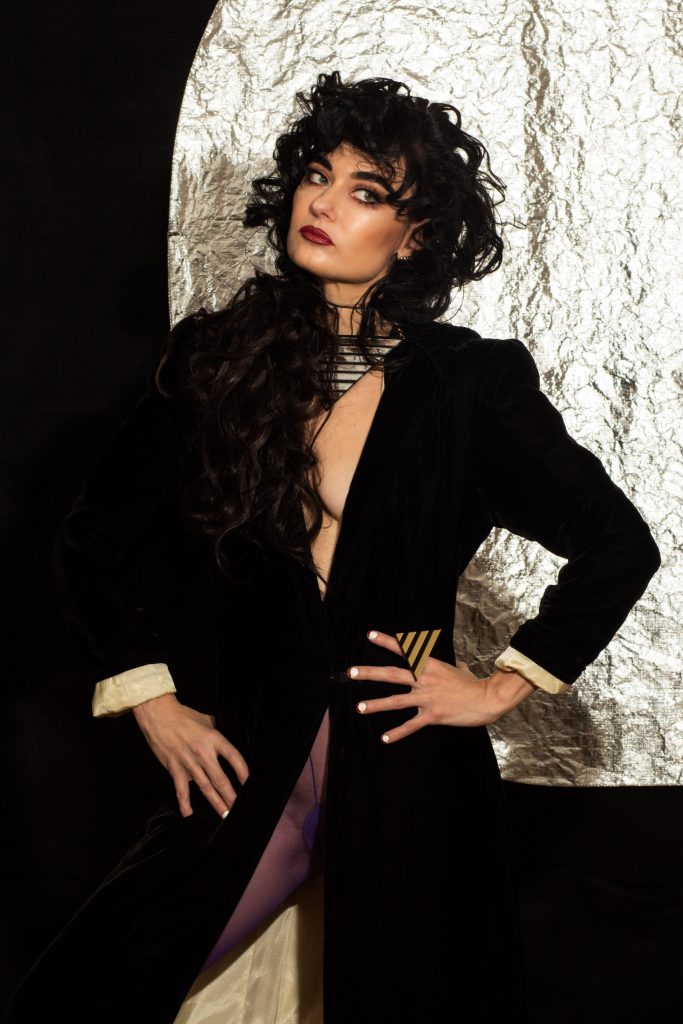 KRISTEEN YOUNG
Announces month-long residency at London’s The Islington, every Tuesday in February

New York City-based singer, songwriter and pianist Kristeen Young has announced a month-long residency at London’s The Islington, taking place every Tuesday through February 2017, and revealed a new music video for ‘NICE’.

Dissonant, operatic and intense, Kristeen’s fascinating compositions recall the enchantment of Kate Bush, Prince and Kathleen Hannah all at once, often resembling an ever-evolving art piece as much as a musician.

Speaking of the themes surrounding ‘NICE’, Kristeen explains, “Nice is about the mass hallucination surrounding, mostly male, celebrity. It’s about the loved and famous artists who wear a cloak of ‘NICE’, but do horrid things to regular people, unknown artists, the people who work for them, and about how, not only do their audiences forgive, their audiences do the dirty work for them, attempting to almost destroy the ‘lesser’ person. I thought we had progressed to know that we are all human, all struggling, all with various degrees of strength and weakness. But now I know, I’ve seen, and even this recent American election proves that people still want to worship someone, ignoring the facts.”

Originally from St. Louis, Missouri, KRISTEENYOUNG are a keys, bass and drums trio, fronted by Kristeen, set to release her new Tony Visconti co-produced album ‘Live At The Witch’s Tit’ later in 2017.

Young’s 2003 album ‘Breasticles’, which features a duet with David Bowie (‘Saviour’), cemented an ongoing working relationship with Visconti, who has produced her subsequent four albums. 2014’s ‘The Knife Shift’ saw them enlist Dave Grohl to play drums across the record’s 11 tracks, and guitar parts for an additional five. Speaking to SPIN of their time working together Grohl adds, “When Kristeen wrote to me ‘I have 10 songs, it should take about three days…’ I knew right then and there that I had met my match. A new partner in crime. Working with Kristeen was effortless because I think we both shared the same vision, the same conviction and passion (though her passion is a fucking monster).” Following the release, Kristeen gave a captivating performance live on The Late Late Show with Craig Ferguson, accompanied by Grohl and Nirvana / Germs guitarist Pat Smear.

Outside of the studio, KRISTEENYOUNG have toured extensively as a support band for Morrissey, who remarked in his Autobiography, “Everything about this singer is new. The solid fixity of her presentation is as striking as having a safe drop on your head from a tenth-floor window. She belongs to no other time or fad. She is Maria Callas, if not for the keyboard that she plays like a set of drums”.

Other collaborators include the likes of Patrick Stump of Fall Out Boy, Brian Molko of Placebo, and her forthcoming album ‘Live at the Witch’s Tit’ will see Nick Zinner of the Yeah Yeah Yeah’s playing guitar on a handful of tracks, alongside more special guests.

Following a January residency at the Hi Hat in Los Angeles, Kristeen Young will perform live at London’s The Islington every Tuesday, 7th, 14th, 21st and 28th, through February 2017.

WHILE SHE SLEEPS release ‘Empire of Silence’ music video