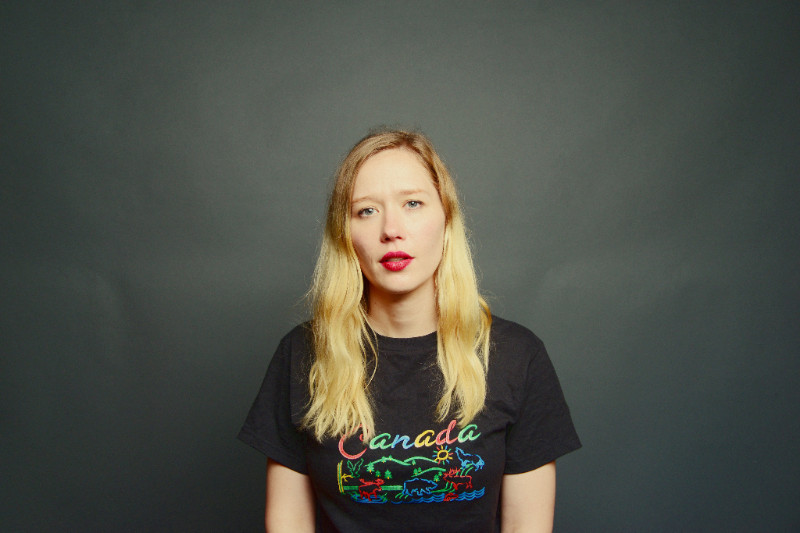 Julia Jacklin has shared a new video for “Coming of Age,” a track taken from her critically acclaimed debut album, Don’t Let The Kids Win, out now on Transgressive.

A resolve to accept the passing of time, the snappy fuzz of “Coming of Age” perfectly encapsulates the mood of Julia’s debut. Discussing the video, Jacklin offered the following:

“I spent a lot of my teenage years wandering the streets of my hometown Springwood, so it seemed fitting to make the music video for “Coming Of Age” with my high school friend behind the camera and my younger brother and I in front. My first job was at the Springwood gardens Chinese restaurant and I managed to get my old boss in a shot. I didn’t think he’d remember me, it’s been a decade since I spent my weekends cleaning plates and putting prawn crackers in the deep fryer.” About the track, Julia said: “It’s louder than my other songs… More guitars, more noise. It’s about the need for a new muse when one has given you all it can. It’s also like a mirror pep talk. Looking at yourself in the mirror and saying, “Come on, girl!”, stop fretting over the passing of time and just get to work.”

Following a UK and European run last November as a special guest of Whitney, Jacklin is back to perform a headline tour of the UK and Europe in February and March with a SOLD OUT London show at The Scala on March 2nd 2017. Dates in Brighton, Manchester, Bristol, Leeds and Nottingham are also now sold out. Jacklin has also been confirmed forField Day, Green Man, End Of The Road and more festivals over the summer. Full tour dates are below, with UK and Irish shows in bold.

Jacklin, who The New York Times described as “singing thoughtfully about the everyday experiences of heartache,” released her debut album to a slew of praise. It earned 4-star reviews and was featured in many end-of-year lists including Loud & Quiet, Esquire, Q Magazine, and The Line Of Best Fit.

Stream Don’t Let The Kids Win in its entirety —
https://open.spotify.com/album/1BAQysvP0rnwlOqcFeijh3