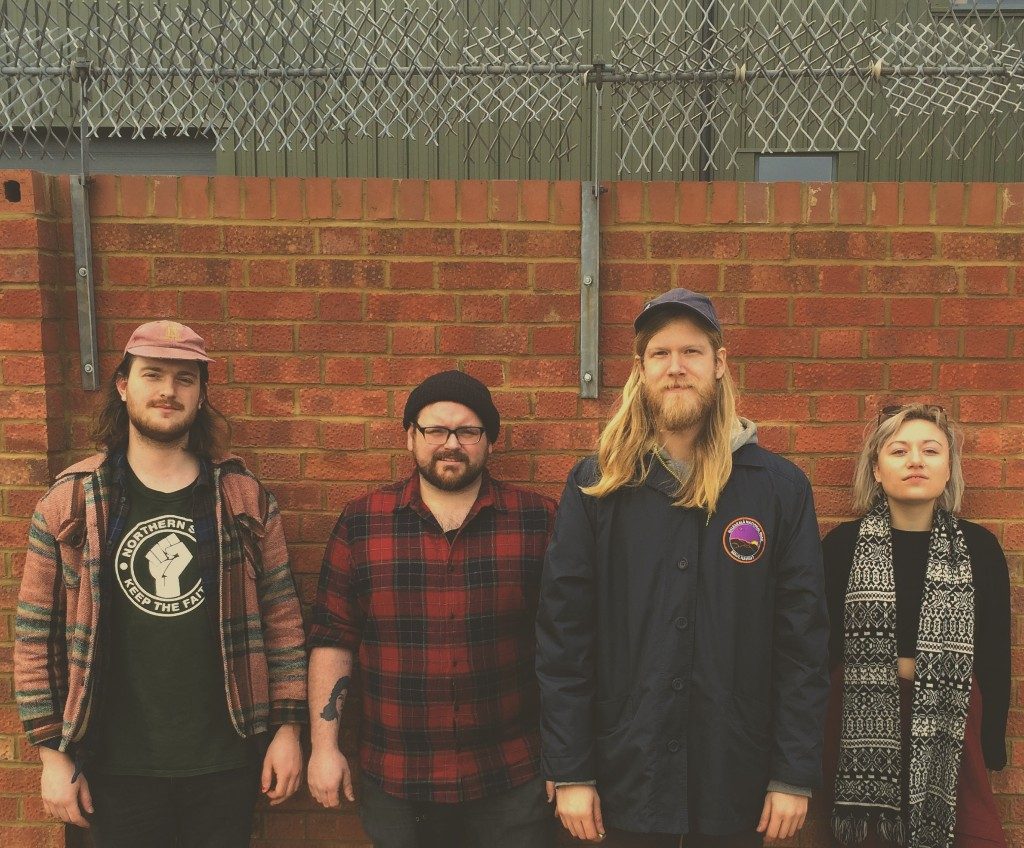 Great Cynics have revealed a new song from their forthcoming album ‘POSI’ in the form of ‘Butterfly Net’, a song which embodies the title of the full-length. ‘POSI’ will be released on 24th March via Specialist Subject in the UK, Guerilla Asso in France and Lame-O Records in the US. Two special album release shows in London town have also just been announced on 13th and 14th April at Urban Bar, Whitechapel, along with some extra special guest appearances. Details below.

Vocalist and guitarist Giles Bidder says of the track, “’Butterfly Net’ is about taking control of your own life. Even in accepting that you can’t control everything that happens, you are able  focus on the good things. Are you going to give in and live a sad existence or are you gonna stand up for yourself? I’m in love with Phoenix’s ‘Wolfgang..’ album, so I started waking up and instantly putting this record on. It was starting to become summer when we wrote this, and the rest of the song is a celebration of that.”

The theme of ‘Butterfly Net’ is one which resonates loudly throughout ‘POSI’, an album that tells wistful tales of skateboarding and drinking Tyskie with mates. It’s a narrative on a string of everyday activities that many a Londoner can identify with, as well as having an attitude at its core that anyone and everyone can get behind. The rousing ‘Only In Memories’ was the first track released from the record and the band premiered it via a live stream on their Facebook, which saw them perform the track no less than 50 times in a row. Without a break.

‘POSI’ was recorded in a warehouse in Philadelphia over one week. The lead up to their time spent in the studio was in stark contrast to the recording itself, as Bidder explains “we rehearsed in our friend’s basement in South Philly and went to shows every night, just generally had a nice time spending money on food and beers. The actual recording process really took it out of me – this is a really emotional record and it physically hurt singing some of the parts. I got ill as soon as we finished tracking, and that’s the only thing I can put it down to. We gave ourselves to this record.”