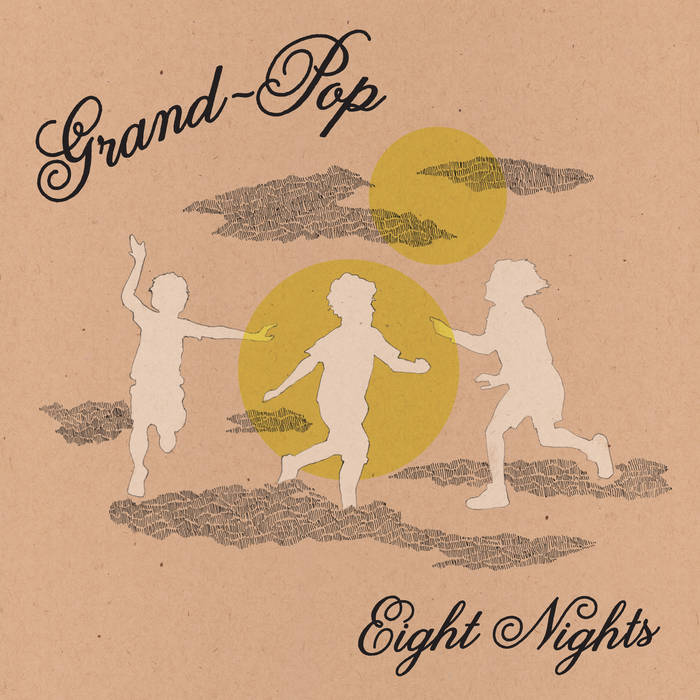 Grand-Pop announce new album, Eight Nights. Streaming ‘On and On’ & ‘Saturday Night’
Bristol power pop trio Grand-Pop (whose members you may know from The Attika State, Caves & Personal Best) have announced their debut full length, Eight Nights due out 31st March via Specialist Subject Records (UK) and Discos Finu (Spain).
Formed back in 2012 with members at a respective crossroads with current projects, Warren Mallia hadn’t played guitar in 6 months, bassist Tom Hussey found himself in a new city with no musical outlet and despite being busy fronting Caves, Lou Hanman was itching play drums again. The result of this was Grand-Pop!

Since 2012 a lot has changed, members no longer live in thesame cities (drummer, Lou doesn’t live in the same continent!). And despite a number of live shows supporting the likes of Iron Chic, PUP & Muncie Girls over the years, Grand-Pop have never been the most prolific band. Eight Nights is the perfect document of ‘what was’ and ‘what could be’ for three friends making music together.

Sticking to a to the point, power pop formula (think Weezer, Superchunk & The Promise Ring), this record rages by in a truly gratifying, sing along fashion. With shows planned in the UK & Spain for March-April 2017 who knows what could be in the future for Grand-Pop. If it’s another eight great pop songs in the next four years then maybe that’s good enough!

Stream ‘On and On’ & ‘Saturday Night’ – https://specialistsubject.bandcamp.com/album/eight-nights
Pre-order LP – http://shop.specialistsubjectrecords.co.uk/products/586286-grand-pop-eight-nights-lp
For fans of: Weezer, Superchunk, The Promise Ring
https://www.facebook.com/grandpopuk/
https://twitter.com/Grand_Pop_UK