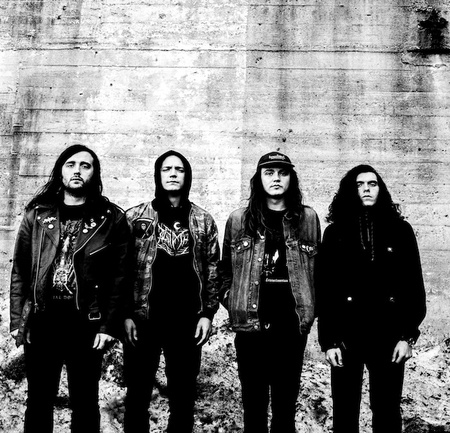 The embryonic beginnings of Full of Hell displayed their palette at its most primitive; intense d-beat blasts punctuating their hardcore punk core, with moments of noise and caustic rhythm. Within a few short years, they have bloomed into a true force to be reckoned with, particularly within the punk and metal communities.  Since the release of their Profound Lore Records debut album Full Of Hell & Merzbow late 2014, their third full-length album, the band have truly come into their own, further expanding their repertoire and discography, collaborating on an album with The Body (Neurot Recordings) and releasing several EPs, including their most-recent split 7”EP with Nails (which debuts #2 on the Billboard Top 100 Singles Chart). Their sound evolving further into a frenetic combination of grindcore, death/black metal, punk and hardcore with distinct elements of power electronics and industrial pounding.