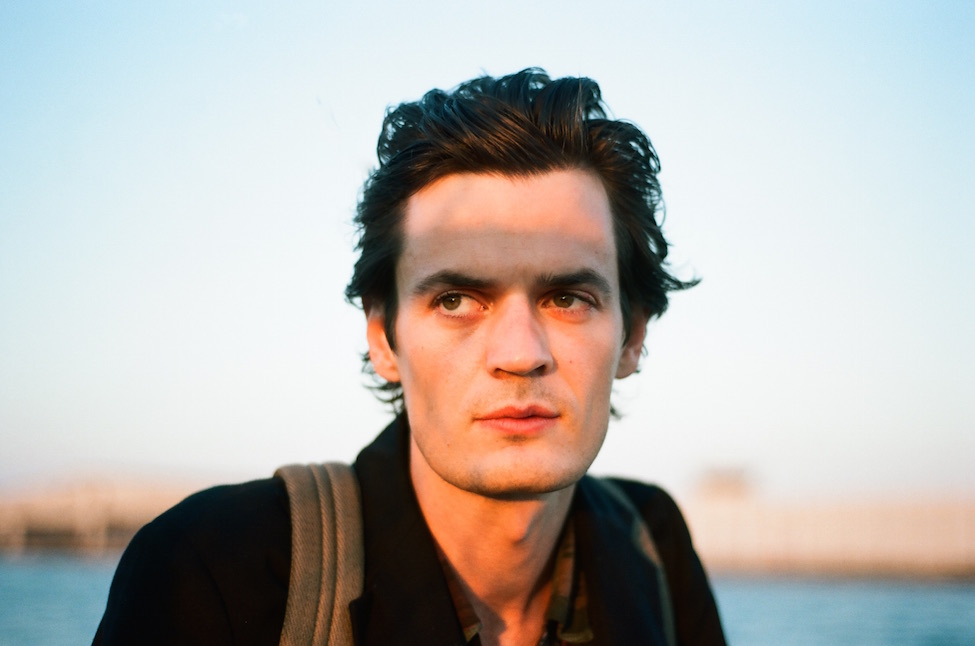 WATCH EP TRAILER vimeo.com/200346458
Canadian songwriter Calvin Love returns with a follow up to his acclaimed Arts & Crafts release with new EP ‘ECDYSIS’ You may not yet of heard of him but his myth is fast growing beyond his Alberta roots. Calvin is a self-proclaimed student of David Lynch and Jim Jarmusch soundtracks which clearly bleeds through his songs that explore the darkest corners of the human psyche while still maintaining a pop gloss.

Suave and imposing he casts a long trench coated shadow as if he were Gambit or Rick Deckard. While his hometown contemporaries Mac Demarco and Sean Nicholas Savage sometimes seem unavoidable in the music press Calvin has become something of a best kept secret. Title ‘Ecdysis’ is the process of shedding an old skin to facilitate growth. Calvin explains;

“During the demoing process, I pulled five songs from a batch that comprises my next LP and I decided to release them as an EP. I envision these songs like a bridge from my previous methods of working, to a path to something new and evolved”

It’s songs capture something of that mid 80s magic when a turning of the musical tides saw artists experimenting with synths and transitioning from their comfort zones of old equipment to a bold new world. There’s a nostalgic air to the melodies and instrumentation which takes us back in time while still feeling utterly contemporary and essential. It comes at possibly the richest point in his songwriting career;

“This is my absolute best work. It was a very terrifying process but now it is done it was all worth it”

Fans of Sean Nicholas Savage, George Harrison, Split Enz and golden hour drives on the west coast in 1985 will be instantly charmed by this record. ECDYSIS will be released on limited cassette in the UK by Super Fan 99 and vinyl in the US via Modern Sky Entertainment. European live dates are being planned for this Summer.

“His omnivorous interests, which span from punk to soft rock, are ripening into something lush and satisfying” THE FADER
“He pulls a dark veil over his pristine pop compositions, capturing the feeling waking up after an all-night bender or eating in an empty diner at 4am” NOISEY
“A gently loping slice of psychedelia with spiderwebbed guitars and Love’s easy croon presiding over all” STEREOGUM