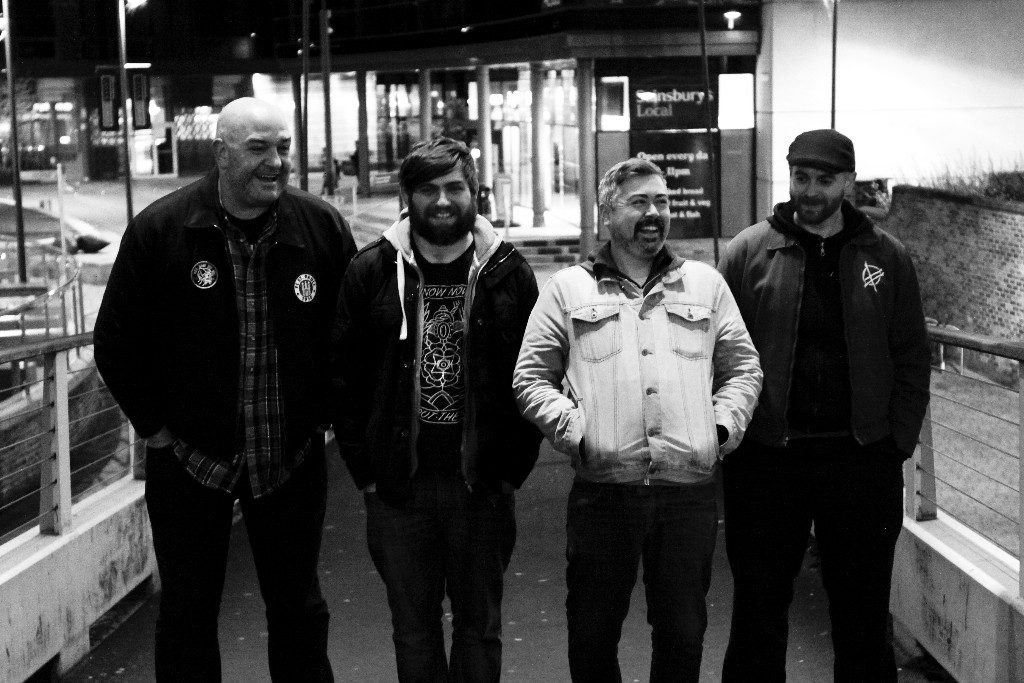 Bear Trade are back. The North East four-piece punk band’s second album ‘Silent Unspeakable’ will be released 21st April, 2017 via Everything Sucks Music in the UK and Dead Broke Rekerds in the US. The band are also off on tour with Strike Anywhere and Petrol Girls in April.

Greg Robson (vocals/guitar) goes into some detail about the interim between albums and the inspiration behind ‘Silent Unspeakable’: “Since the last record (2014’s debut full length ‘Blood & Sand’) a lot has happened.  There have been deaths, break-ups, marriages, births. You could actually restructure the tracks and form a loose narrative of the last three years of my life, but although there are a lot of quite sad songs on the album, don’t worry it all had a very happy ending.

As with the last offering, the songs have me writing from the heart and from personal experience. They look at finding love. Relationships and family. Finding your way, and saying goodbye. In short they are about life.

We recorded the album at Suburban Home Studios in Leeds, with Matt Johnson from Hookworms. It was recorded over two weekends in Autumn 2016. Some of the songs were written three years ago and some we finished while we were recording them. Helen Chambers kindly helped us with singing duties.”

There’s a lot to identify with in ‘Silent Unspeakable’ and the first track to be revealed ‘Inglorious’ offers a tongue-in-cheek look at going off the rails a bit, but knowing you have a lot more to offer, and hoping it is a temporary situation.