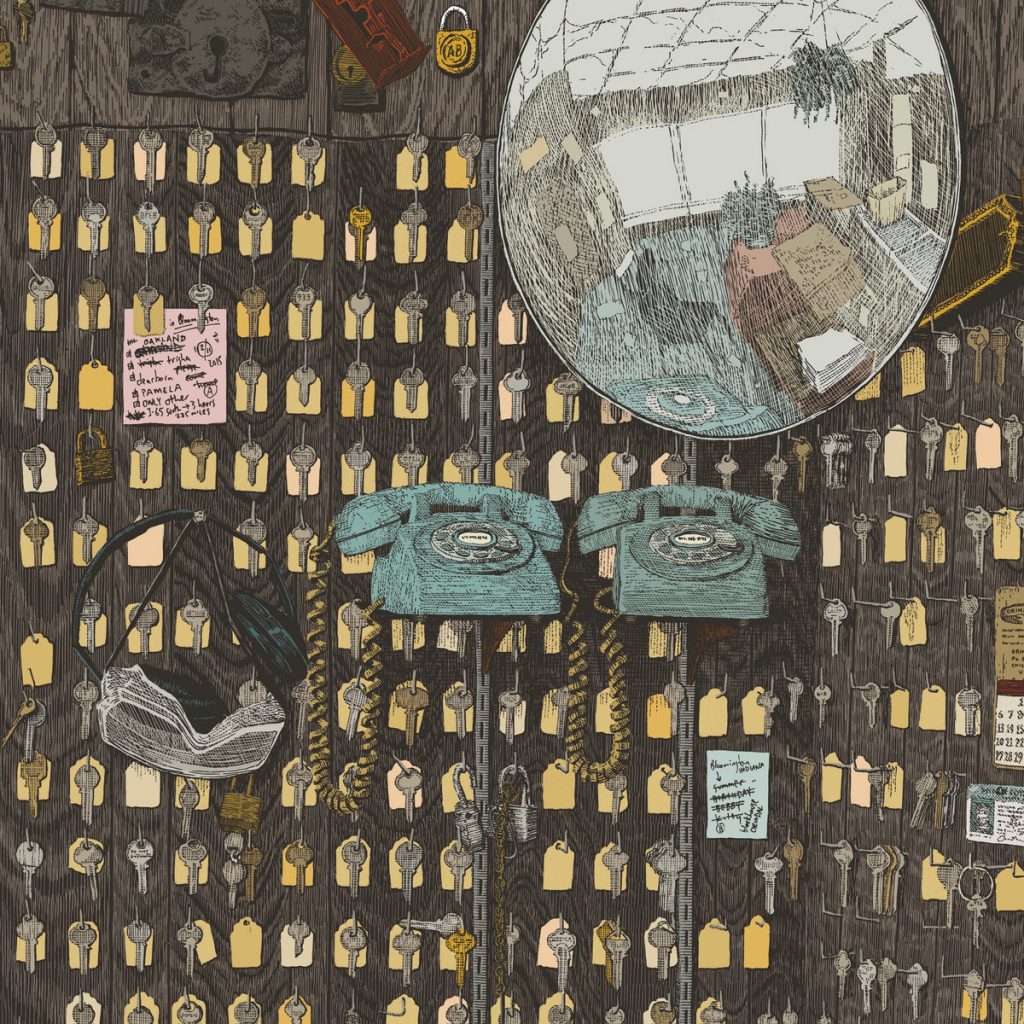 Sheffield’s Tye Die Tapes are excited to announce their twentieth tape; “In Bloomington”, a live concert recording by a rare, full-band version of Owen Ashworth’s nostalgic, melancholic bedroom pop project, Advance Base. The cassette will be released on 10th February.

Calling in friends and collaborators from all over the US, Ashworth assembled a 6-piece band for two special concerts during the winter of 2015. Luckily, live engineer Andy Beargie secretly rolled tape on the final show at The Blockhouse in Bloomington, Indiana, and In Bloomington exists as the sole document of a truly awesome live band.

Set highlights include “The Only Other Girl from Back Home,” an autoharp-driven country ballad about two Michigan teenagers whose friendship is tested when they both get jobs at the same lousy restaurant; a loose and lively rendition of the torch song “Summer Music” (notable for its propellant rhythm section, shaking tambourines and snapping reverb springs); and a lap-steel-guitar-injected revival of “Bobby Malone Moves Home,” an old favourite from Ashworth’s former project, Casiotone for the Painfully Alone.
Preorder:
https://tyedietapes.bandcamp.com/album/in-bloomington