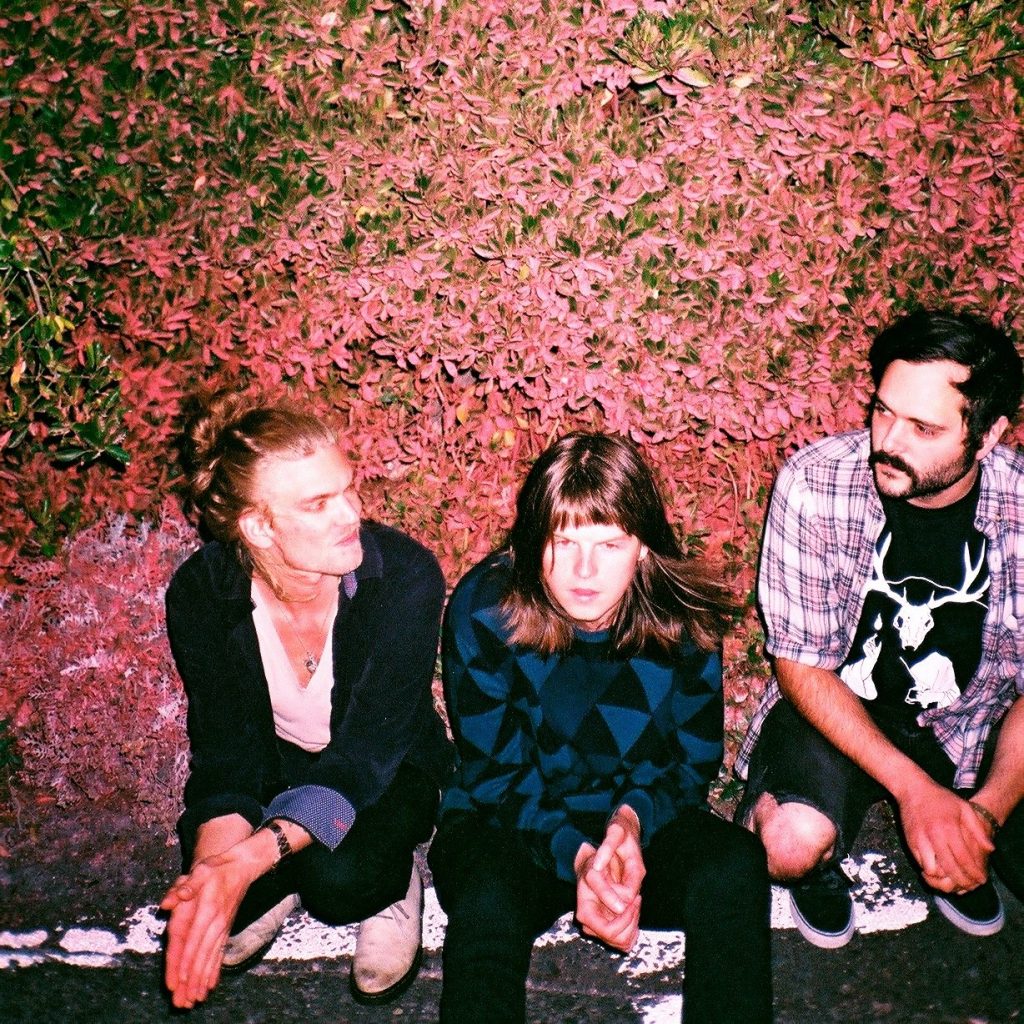 Hotly tipped Brighton alt-noise-pop trio Tigercub are pleased to announce they will release their new single ‘Control’ on 7th February 2017, the latest track to be taken from their critically acclaimed debut album Abstract Figures in The Dark which is out now on Alcopop! Records.

The news comes ahead of an extensive period of touring for the band who hit the road with both legendary post-punks The Fall and Brighton contemporaries Black Peaks throughout the UK over the coming weeks, before heading to Europe for a string of headline tour dates.

Tigercub were also ecstatic to recently be awarded an overseas touring grant alongside the likes of Slaves, White Lies and Cate Le Bon by BPI, the trade body that represents British recorded music businesses, and were previously recipients of the PRS Momentum fund to support their UK touring in November 2016.

A timely polemic on the current political climate, front man Jamie Hall explains of the inspiration behind the single: “As the world lurches to the right wing, and the flame of neo liberal capitalism burns on all we have left is our own moral compass to guide us through these dark waters – I’m proud there are millions of people who want a progressive world and know that someday we will get it.

I was born out of the wreckage of a failed marriage. I am my own first world problem. I grew up with abnormalities both physically and mentally in an ex-mining town in northern england and it’s simultaneously my biggest regret and my glowing pride. Everyone is telling me this won’t work but I just don’t care anymore…

‘Control’ is about swallowing your bile and saying absolutely nothing even though you know it’s rotting you away from the inside. Constantly held hostage by over thinking and second guessing, I’m riding the stairway to apathy and I want to get off now.”

The album and single are already picking up a swathe of support at BBC Radio One, with daytime love from Clara Amfo, Daniel P Carter naming ‘Control’ as his Rockest Record, Annie Mac selecting Tigercub as December’s New Name and Huw Stephens featuring the album on ‘It’s Album Time’.

Abstract Figures in The Dark is out now on Alcopop! Records

Tigercub spent their formative years touring, fine-tuning their now renowned raucous live show and sharing the bill with acts such as Dilly Dally, Royal Blood, Vant, Dinosaur Pile Up and Pulled Apart By Horses. The band have nearly performed in every tour-able city the United Kingdom has to offer. January 2017 will see Tigercub perform alongside The Fall, Hookworms & Kagoule, with plenty of exciting announcements to follow.

The Brighton based trio, Jamie Hall (lead vocals and guitar), Jimi Wheelwright (backing vocals and bass) and James Allix (drums) formed in 2013, playing a slew of shows and garnering the attention of Tom Dalgety and Ben Hampson, who produced a handful of songs (‘Centrefold’, ‘Blue Blood’, ‘Trendsetter’, ‘Little Rope’).

In December 2014, Tigercub released Centrefold 7” (via Blood Red Shoes’ label, Jazz Life) and received critical acclaim from the likes of NME, Clash Music and BBC Radio 1 declaring, “this is the start of something.” Fan Mike Kerr of Royal Blood included Tigercub as his ‘Band Crush’ in NME.

The title of this unmissable album hints at Jamie Hall’s intense lyrical themes that are ultimately an enormous part of what makes AFITD such a strong debut. The juxtaposition of heavy, brash and assured instrumentation with the consuming vulnerability of Jamie’s lyrics results in a powerful collision of sound and words.