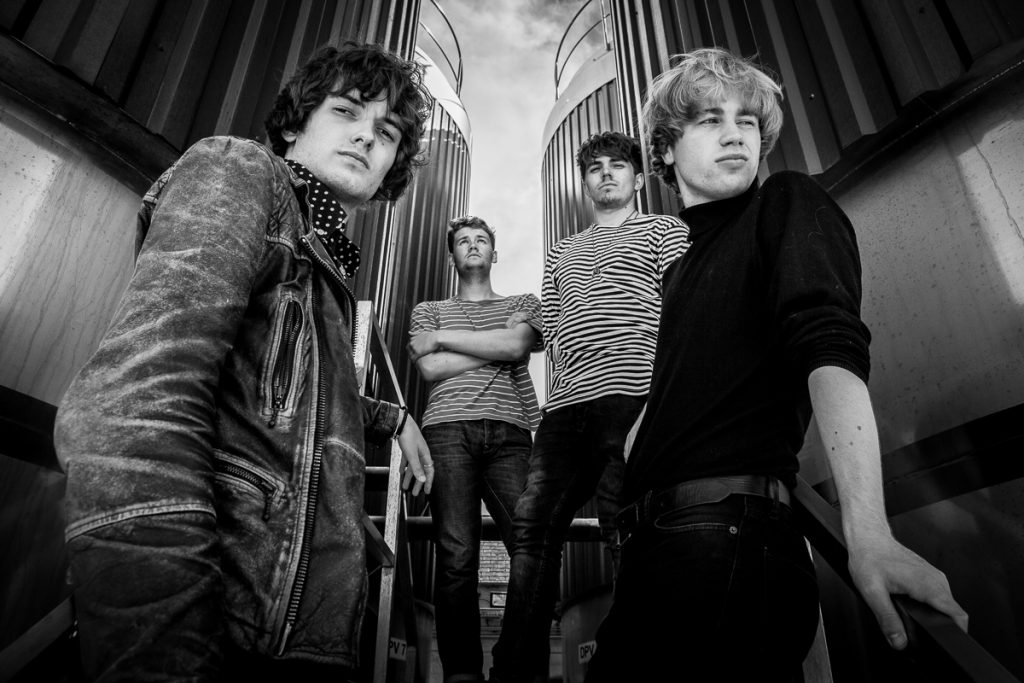 The Velvet Hands have caused quite a stir in the year that they’ve been around. Self releasing their first two singles; ‘Games’ and ‘Habit’, they picked up some great online coverage and radio support from BBC 6 Music Dj’s Radcliffe & Maconie and Steve Lamacq. BBC Introducing have been supporting from the beginning, offering the band slots on their BBC intro stages at both Boardmasters and Looe festival over the summer.

Their first vinyl, ‘Trains’ / ‘Curtains Closed‘ (Easy Action Records) was released this Record Store Day in April 2016. All 300 copies sold out on the day. Support slots with The Bluetones, Yak and Wild Smiles followed.

Autumn 2016 has seen the band being spotted by landmark music event promoters including Mikey Jonns of This Feeling, Chris McCormack of Camden Rocks Festival and Mark Beaumont (NME/The Guardian). Their recent London appearance for This Feeling was a well received triumph. Fusing anthems, art and youthful energy with hard work, The Velvet Hands gain new friends and interest with every show and release. Soon to be a name you can’t forget.

8th London Show with Mark Beaumont at The Monarch