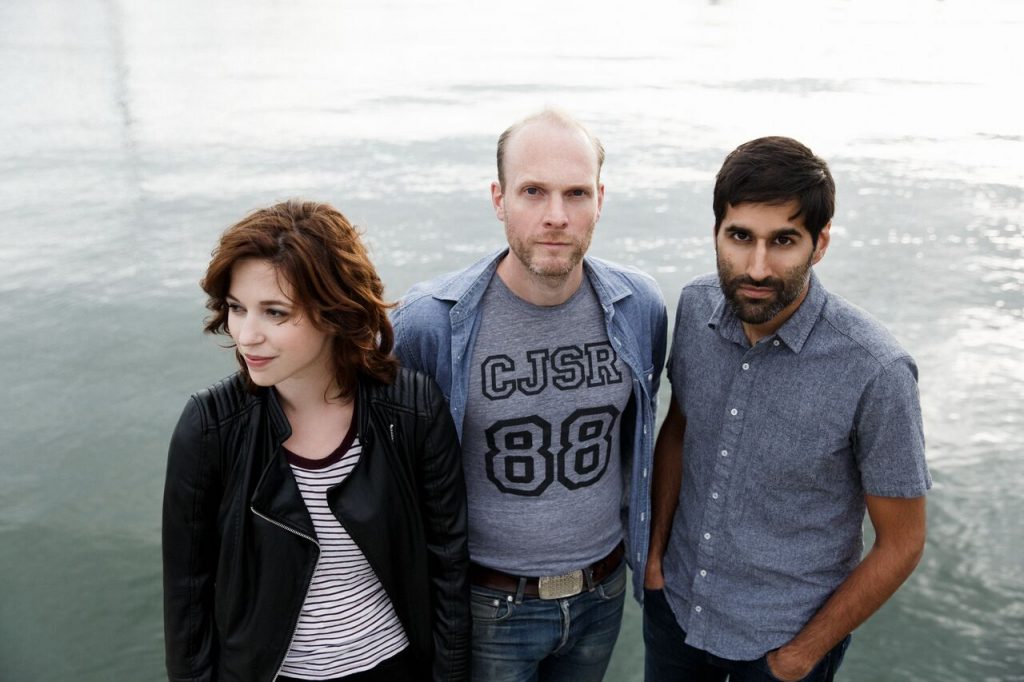 London The Lexington – January 20 (Sold Out)

New Album Due Later This Year Via Paper Bag Records

“…Edenloff’s songs of lost love can sneak up on you

even when the music hits you square on the chin.” – Pitchfork

“The Rural Alberta Advantage are best seen live, where their acoustic crescendos and Nils Edenloff’s Jeff Mangum-esque vocal acrobatics impress most.”  – Under The Radar

“…[The Rural Alberta Advantage have] masterfully blended quiet moments of heartfelt lyricism, softly strummed acoustic guitars, and subtle synths along with bursts of

Long-running Toronto indie-folk trio The Rural Alberta Advantage is proud to share a new track titled ‘Beacon Hill’, ahead of two sold-out London shows on January 20 (The Lexington) and January 21 (Camden Assembly). The new track is about the wildfires that led to a total evacuation of RAA singer/guitarist Nils Edenloff’s onetime home of Fort McMurray, AB earlier this year. The track premiered via Stereogum, who noted that it finds Edenloff “feeling completely powerless to help, but sounding emboldened to not let what once was be forgotten.” The track is available to stream or embed via Soundcloud HERE.

The group has been touring recently with a set of small road-testing shows, previewing new material for a full-length coming later this year via Paper Bag Records in the way they love best. The next shows will take the group throughout Germany and the U.K. this month. In February they’ll return to North America for stops at the Bootleg Theater in Los Angeles on February 20, Bottom Of The Hill in San Francisco for the Noise Pop Festival on February 22, and the Tractor Tavern in Seattle on February 24, followed by several Canadian dates in Vancouver, Calgary, Edmonton and more. The full list of tour dates can be found below, with more to be added soon.

The release of “Beacon Hill” comes on the heels of “White Lights,” a track the RAA released late last year. The track was released during the group’s first run of road-testing dates, which led them through sold out shows in Brooklyn, Chicago, and Minneapolis/St. Paul. The video for “White Lights,” which features footage from the Brooklyn and Minneapolis shows, can be watched HERE.

The Rural Alberta Advantage’s percussive folk songs about hometowns and heartbreak, and relentless tradition of touring have taken the trio from humble recognition amongst indie rock die-hards as “Canada’s best unsigned band” to sold-out tours and devoted fans around the world with the likes of Pitchfork, The New York Times, Rolling Stone and Spin Magazine all taking note. The band was nominated for two 2012 Juno Awards (Best New Group and Video of the Year for their song “Stamp”), long-listed for the 2011 Polaris Award, and awarded the CBC Music Prize for Best Independent Artist in 2014.

The RAA has released three albums on Saddle Creek/Paper Bag Records: Hometowns (2009), Departing (2011) and Mended With Gold (2014). The trio of Nils Edenloff, Paul Banwatt and Robin Hatch are currently hard at work on the band’s next album.

“I’ve never been good about focusing on a theme or having a specific plan at the outset of a new record,” says Nils. “For me, writing music tends to be more of a constantly evolving process, like following one strange trail after another until a song has come to its general conclusion. This time around, we’re following that natural writing process more and inviting fans to come along those trails with us.”