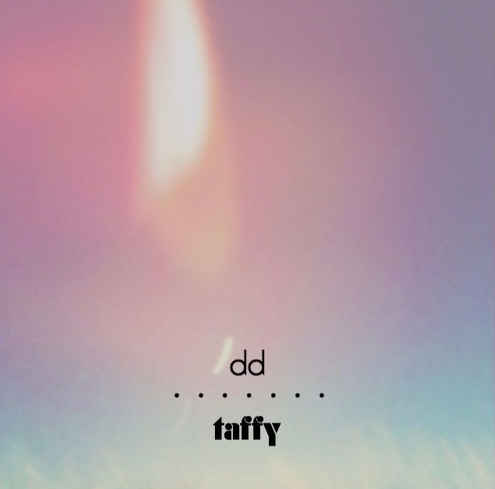 “Nothing short of splendorious” – NME

“The buzz has spread far and wide. We are wholeheartedly impressed” – Drowned In Sound

“Something tuneful and great” – The Guardian

‘Nyctophilia’ showcases everything you could want from a Taffy record, but with a subtle difference; “I always write the songs as singles” explains singer Iris, “but for this album, for the first time, I wrote songs just to be part of the album”. This is evident upon first listen, where texture and sonic exploration take center stage, offering a coherent and thematically-interlinked body of work.

The album name displays a certain continuity with their lauded 2015 EP ‘Darkle’, conveying feelings of darkness and love for the night, almost in direct contrast to the band’s bright, shimmering sound.

A swirl of transcendental melodies, new single ‘dd’ is a reverb-laden cacophony of fuzz bass and soaring vocals backed with beautiful, psychedelic soundscapes. Tracks such as ‘Runic Wade’ and ‘Lavendery’ take a step away from layered guitar work and take a more delicate approach, with dynamic and spacious recordings that give center stage to Iris’ blissful and otherworldly vocals.

With sensibilities reminiscent of Elastica and The Stone Roses, Taffy have always been inspired by the works of British artists and in ‘Nyctophilia’ they were given the chance to play homage to one of their favorites with a cover of ‘Come Home Baby’ by The Charlatans. Tim Burgess has been something of a longtime fan speaking publicly of his fondness for the band, taking them on tour. Of the cover he said “it’s an honor” but the band insist the honor is all theirs.

Andrew Wasylyk (of Idlewild) releases new video for Last of the Loved!