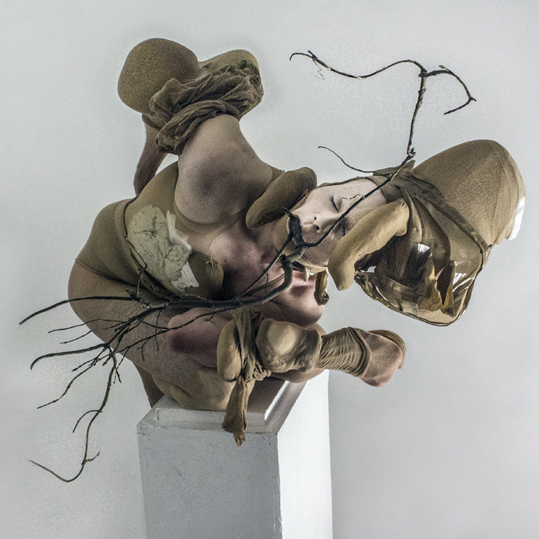 Listen to their new single, “Neck”

Spectres release their second album, Condition  via Sonic Cathedral on March 10. The follow-up to their acclaimed 2015 debut, Dying, it was recorded by Dominic Mitchison in the band’s adopted home city of Bristol and mastered by Frank Arkwright (Mogwai, 65daysofstatic) at Abbey Road in London.

“There were discussions about experimenting with electronics, but the idea soon petered out when we realised we still wanted to experiment with guitars,” reveals singer and guitarist Joe Hatt. It’s true that a track such as ‘End Waltz’ has a relentlessly pounding, almost techno structure, in contrast to the kinetosis-inducing dirge of ‘Dissolve’ – the first single from the album which appeared as an edible tablet download with a suitably stomach-churning video late last year. Elsewhere the almost restrained (by Spectres’ standards) white noise and wordplay of ‘A Fish Called Wanda’ and the sprawling ‘Colour Me Out’ are counterbalanced by brutal assaults such as ‘Neck’ and ‘Welcoming The Flowers’, which keeps threatening to drown itself in its own roiling diamond sea.

“On this album we became even less interested in actually playing guitar,” explains Hatt, “which meant that we got more into experimenting with the sounds we could get out of them when brutalising them and letting the feedback do the talking.”

Spectres were formed in Barnstaple, North Devon in 2011. After moving to Bristol a couple years later they self-released a few EPs and singles on their own Howling Owl label, before joining forces with Sonic Cathedral for 2015’s, Dying, their incendiary debut that they promised would “snap people out of their comfort zones. We want our noise to smack the spoon out of their mouths that is feeding them the warm diarrhoea that is served by start-up PR companies”. The resulting largely positive coverage everywhere from NME to Drowned In Sound, The Times and the Guardian to BBC Radio 1 – not to mention people fleeing their gigs, hands pressed tightly over bleeding ears – would suggest they went some way to achieving this aim.

In contrast to the seriousness of their music, the band have also become notorious for their relentless sending up of the music industry – their alternative James Bond theme for ‘Spectre’, which fooled one Evening Standard journalist into thinking Sam Smith had been listening to some Sonic Youth; their feather ruffling ‘Record Store Day Is Dying’ campaign; the video for ‘This Purgatory’ in which they killed Fearne Cotton, Nick Grimshaw, Reggie Yates and Scott Mills – seemingly with John Peel’s approval – while recording a Radio 1 Live Lounge appearance; and most recently there was a spoof Spotify ad that went viral. 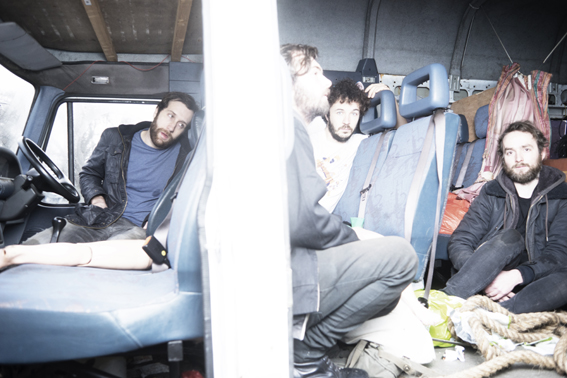 Photo Credit: Paul Samuel White
After two years of playing live shows all over Europe in support of Dying,and its postmortem, Dead – including memorably stepping into the slot vacated by Björk at La Route du Rock a couple years ago – the band had intended to decamp somewhere remote to write the follow-up. “We were going to bury our phones, burn our laptops and just write music for a week, come back and record it,” says Hatt. “But we didn’t get a chance to do this as all of our holidays from work were used up by us gigging more than we were used to. The romantic idea of the writing holiday soon just disintegrated into panic when we suddenly realised we were recording the album in a month and we only had about four songs.”

That they managed to produce a record as good as Condition is a minor miracle, then, especially as the overriding themes and concept of the album, right across the songs and the stunning artwork, seem even more coherent and considered than the first album. But what exactly is the condition that the title refers to?

“I’ve always been interested in the human condition in terms of how we are programmed emotionally and either try to adhere or break away from that,” explains Hatt. “How we condition ourselves to try and blend in or get through the day, whether that be blocking things out, or drinking it all in, or in many cases both. The title came to me when we were mixing the first record and, from then on, it just stuck. It was about another year before I started writing lyrics for Condition, but it was good having that starting point forming and sprawling in my head for that amount of time as there was already a mood set.

And Spectres’ mood has never really changed: “The same things drive us now as they did before because they’re so deep-rooted,” concludes Hatt. “Making noise that can’t help but make people forget and remember everything at the same time, and total disdain towards a world where we kind of need to exist.”

Tracklisting for Condition:
1. The Beginning Of An End
2. Rubber Plant
3. Dissolve
4. Neck
5. A Fish Called Wanda
6. Welcoming The Flowers
7. Colour Me Out
8. End Waltz
9. Coping Mechanism