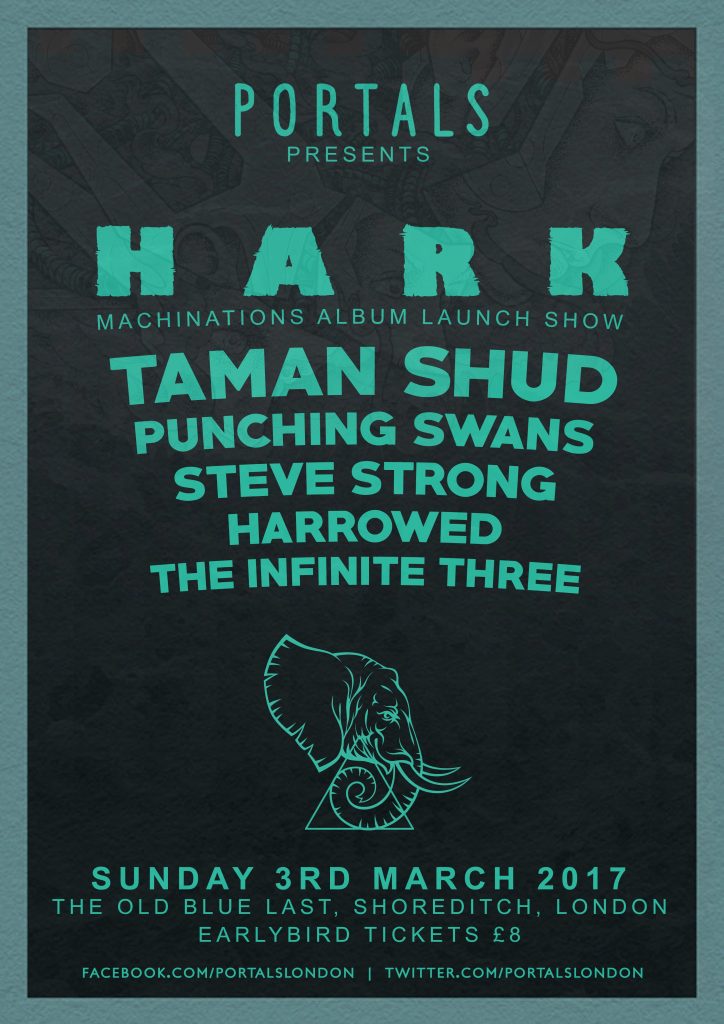 Portals set to host Hark’s album launch
Sunday 3rd March
Welsh progressive sludge-rock luminaries HARK will headline a very special Portals Festival on Sunday the 5th March at the Old Blue Last. The gig will be the release show for their upcoming album ‘MACHINATIONS’ which will be released on the 24th February via French metal label Season of Mist Records.
‘MACHINATIONS’ is the band’s second full length record and a follow-up to their globally critically acclaimed ‘CRYSTALLINE’ which was released back in 2014.
Guitarist Jimbob Isaac is noted for his work with metal legends Taint, and for his impressively detailed pen and ink illustration and graphic art. With recent appearances at Bloodstock, Damnation and ArcTanGent Festivals, HARK have gained a fiercely loyal following of their own. Their live chops have been honed on tours with Clutch, Kylesa, Red Fang, Prong and Ken Mode amongst others.
We’re absolutely thrilled to be able to welcome the band to the Portals stage and have got a jam-packed lineup to support HARK, focusing on the noisier side of experimental rock.
Main support will be the incredible London garage/noise-punks Taman Shud with additional support from Punching Swans, Steve Strong, Harrowed and The Infinite Three.
Praise for Hark:
“Hardcore aggression with a doomy swagger and more than a touch of prog-psych. Fans of Mastodon, Neurosis, or Clutch will find much to enjoy here” (Revolver Magazine)