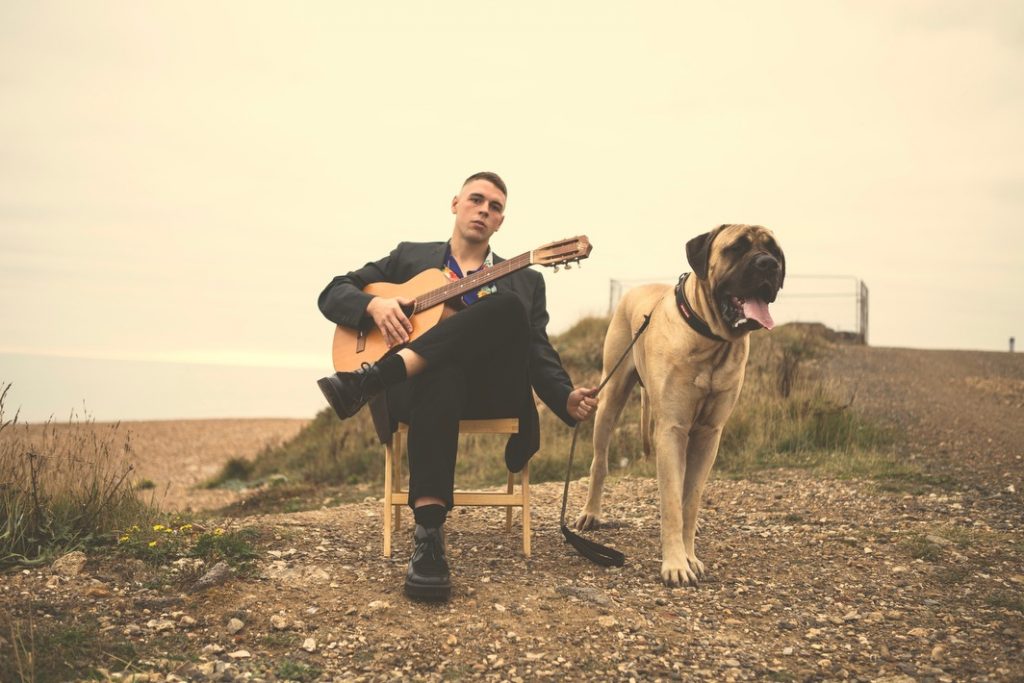 Following the release of their second Thoughts of Paradise EP (December, 2016), Brighton artist Sam Jordan – and his musician collective ‘The Dead Buoys’ – share the video for lead track Favourite Messenger. Described by Jordan as “a bloke having a word with himself”, the Alex Wells directed video stars Sam Jordan and Ez Stone (of The Dead Buoys) and is shot in surrealist Lynchian cinematic style.

Musically, the song  “was written as a little folk I would say it is no longer that” (Sam Jordan), taking as it does its foundations in tradition folk songwriting, but played with rock ‘n’ roll instruments, leading Metro to describe the EP as having “Quentin Tarantino movie soundtrack guitars” with comparisons raised to artists from Leanard Cohen to John Martyn.

Catch Sam Jordan & The Dead Buoys live at the Hope & Ruin, Brighton on 10 February, as special guest to Big Thief.

Some praise for Sam Jordan & The Dead Buoys:

“A self-contained unit, the band occupy their own highly literate world, one where anything and everything could seep into their art.” – Clash

“Sam Jordan has a voice as deep, dark and dramatic as it is soft and vulnerable. It’s a dynamic sonic dance.” – 405

“(Sam) Jordan lists Bob Dylan, Alan Lomax, Charles Bukowski and The Doors as influences, throw in a little John Martyn and you begin to get a sense of what they sound like.” – Songwriting Magazine 4/5

Connect with Sam Jordan & The Dead Buoys via: