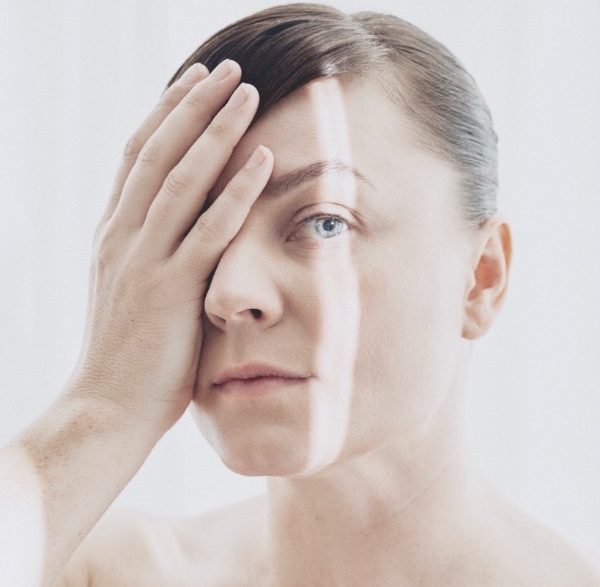 The album was largely written following the traumatic arrival, three months early, of her first baby, Mother Tongue is a fearless piece of work.

New single and video ´Home´ is an homage to the polarities in an insular and co dependent process. As Rebekka explains  “‘Home´ is a love song about a co-dependent / symbiotic relationship, where the two parts are in an ebb and flow. Giving, taking, challenging and saving each other.¨ Directed by Ted Malmros & Rebekka Karijord herself, the video uses analog layers of projections, building a meta scene of layers one onto the other.

Karijord – who was born in Sandnessjøen, just south of the Arctic Circle in Northern Norway, but who moved to Sweden to train as an actress at the turn of the century – has composed music for over 30 films, modern dance and theatre pieces, as well as writing plays and short stories.

Though Mother Tongue, like a collection of short stories, chronicles the events surrounding her pregnancy and the agony of nearly losing her daughter, Karijord is open about the fact that some of it’s songs were created before this harrowing period in her life. Whilst she works most of the year in their home outside Stockholm, much of her pregnancy was spent in Hawaii, where her husband’s family live, and, as one of the world’s most remote archipelagos, it helped return her to both her Northern Norwegian roots and the very core of her being. She describes it as “a very spiritual place,” and ‘Mother Tongue’, ‘Waimanalo’ and ‘Morula’ were all written there, while ‘I Will Follow You’ features a recording of Hawaii’s Kekuhi Keali’ikanaka‘oleohaililani, “a very special kind of holy woman. This chant became a symbol for me.”

She sees a strong link between the songs composed both before and after her daughter’s birth; “The secluded feeling of being so far out in the ocean, the strong currents and non-control one is faced with when meeting the huge masses of water: these are also good metaphors for the feelings I went through.” In fact, she describes pregnancy and parenthood as “the biggest lesson in non-control. Being pregnant was such an amazing and freaky feeling at the same time. It’s another body, taking whatever it needs, regardless of my opinion.”

Mother Tongue was recorded in Hawaii, Stockholm & Oslo during 2015 and 2016, and Karijord produced, arranged and edited it herself – as well as playing most keys, synths, pianos and electronics – with help from Elias Krantz as technician, co-producer and mixer. Her husband Jacob Snavely, who contributed bass and electronics, also provided what she terms “co-ears”. She called upon a further tight circle of friends – Christopher Cantillo (drums), Joe Williamson (upright bass) and regular contributor Anders Scherp (drums & tuned percussion) – while Mariam Wallentin (Wildbirds & Peacedrums), Linnea Olsson and Nina Kinert provided additional vocals. It was alongside them that Karijord constructed the album’s astonishing harmony parts, particularly on the closing brace of songs, ‘Mother Tongue’ and ‘Mausoleum’.

Unashamedly sentimental at times, Mother Tongue represents a bold statement, both musical and thematic. Born of instinct, it’s about the connection we all feel, but sometimes ignore, to what’s inside us, and the need to listen to our intuitions. That it does this against a backdrop of music as visceral and heartfelt as its subject makes it all the more exceptional.