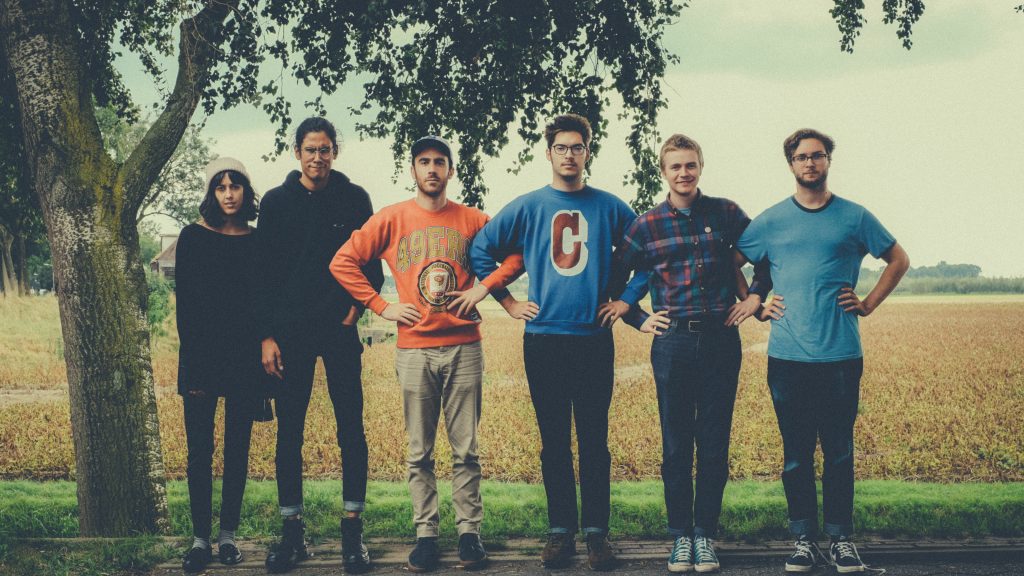 Last year saw the release of Pinegrove’s breakthrough album Cardinal, which ended up on numerous year end lists including NPR, Pitchfork, Vulture, Wired, AV Club, and SPIN among others. Now, the Montclair, New Jersey 6-piece are preparing to give their first collection of songs, Everything So Far, a proper vinyl release via Run For Cover Records on April 28th, 2017. Pre-order for the album is now available. Pinegrove announced a run of headlining tour dates this spring in support of the vinyl release. Pre-sale tickets are available now, and tickets will be on sale to the general public on Thursday, February 2nd at noon EST.

Pinegrove’s Everything So Far is exactly what its title suggests – an anthology of all of Pinegrove’s output up to the point of their breakout Run For Cover Records full-length, Cardinal. The collection encapsulates their debut LP Meridian, a number of EPs and even some singles like the captivating track “Angelina” & Cardinal favorite “New Friends.”

Everything So Far will be pressed on vinyl as a double album for the first time this spring. The vinyl & CD versions will also include a brand-new 16 page booklet featuring lyrics & photos documenting the band’s earliest moments. Listening toEverything So Far is a rewarding experience for new & old fans, as the time capsule of a tracklist shows Pinegrove developing a signature sound, maturing & learning with each song.

Biography:
Existing in various forms over the past several years with a rotating cast of members, songwriter Evan Stephens Hall and drummer Zack Levine are the core of Pinegrove.  The two have played music together since the age of seven, following in the footsteps of their fathers who also play in a band together.  When Hall arrived at Kenyon College in rural Ohio, he began to read and write more, thinking about how the two worked together, or as he puts it “how language is melodic and everything actually is rhythmic; that just as literature lives inside its own world, music can make an inviting, emotional, smart world with tradition and community too.”  The earliest Pinegrove songs began to take shape at this point; the band’s moniker is actually derived from a pinegrove at the edge of Kenyon’s campus where Hall would often go to write.

The band have garnered a loyal following for their idiosyncratic indie rock which demonstrates a deep interest in the twangier reaches of American rock.