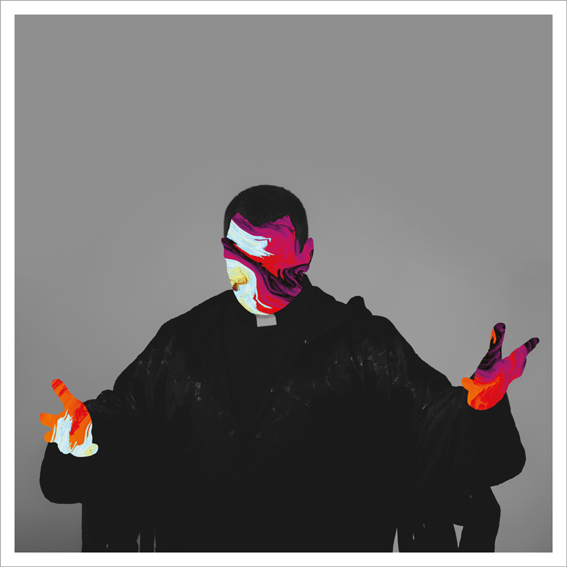 “… an enjoyable conflation of noise-rock influences, mostly tracking back to the post-hardcore scene of the late ’80s.”  Q

“they’re one of the most exciting bunch of noise-rockin’ brown-acid casualties the UK has to offer.” Record Collector

“The album is loaded with swampy guitar riffs, effortlessly meshing together various different subsets of rock music, with a psych tinge lighting up the otherwise metal-esque tunes.”  The Quietus

“He who makes a beast of himself gets rid of the pain of being a man”, as a sage wiser and more debauched than most of us once remarked. Such is the headspace of Pigs Pigs Pigs Pigs Pigs Pigs Pigs (Pigs x 7), whose animalistic headspace is set out by their very moniker, yet who have wasted little time in creating an almighty psychic charge that has blown minds and summoned bedlam in sweat-drenched venues across the UK’s underground and beyond.

“It’s a pretty perfect balance of obnoxiousness, ridiculousness, intensity and theatrics, and somewhere within that spectrum is where our music sits too.” reckons Matthew Baty, whose vein-popping onstage performances and cathartic bellow form a primary ingredient of the Newcastle five-piece’s devastating live shows. “We truly love the emotionally dark bands that we are in (Ommadon,Blown Out, Khunnt). Pigs however provided an opportunity to do something different, something that is fun with a different kind of intensity.”

Watch the new video to “Sweet Relief” HERE
The inarguable proof is Feed The Rats, the overwhelming first album the band have created for Rocket Recordings – equal parts righteous repetition,bludgeoning brute force and Sabbathian squalor, its alchemical charge has the power to transform bleary-eyed abandon into small-hours revelation. This three-track, forty-minute monument of chaotic catharsis captures the everything on-eleven spirit of the band’s live manifestation whilst adding a level of finesse and texture often less easily accessible in a dangerous haze of flying hair, discarded clothes and spilt premium lager. Channeling the grimy trip hazards of Monster Magnet’s ‘Spine Of God’ through a prism of kraut-derived repetition and Part Chimp style bloody-mindedness, the resulting hallucinatory vortex appears constantly on the realm of breaking point.

Playing their first gig supporting Goat at what was only the latter’s second ever show, the band have gigged relentlessly with kindred spirits including The Cosmic Dead and Luminous Bodies, not to mention gracing festivals like Supernormal and Portugal’s Reverence with their feral attack. Yet the time has come for this band to transcend the realm of word-of-mouth phenomenon and be judged on their feverish and demented collision of psych-drone dementia and riff-driven salvation alone. 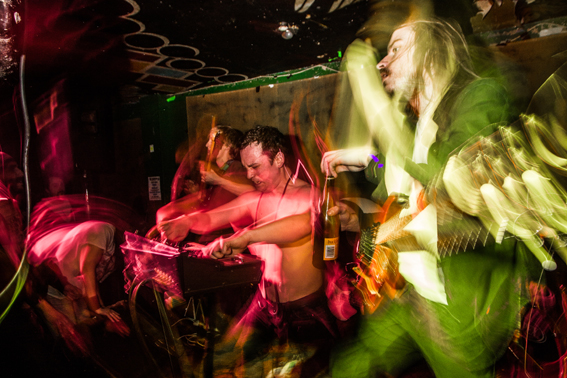