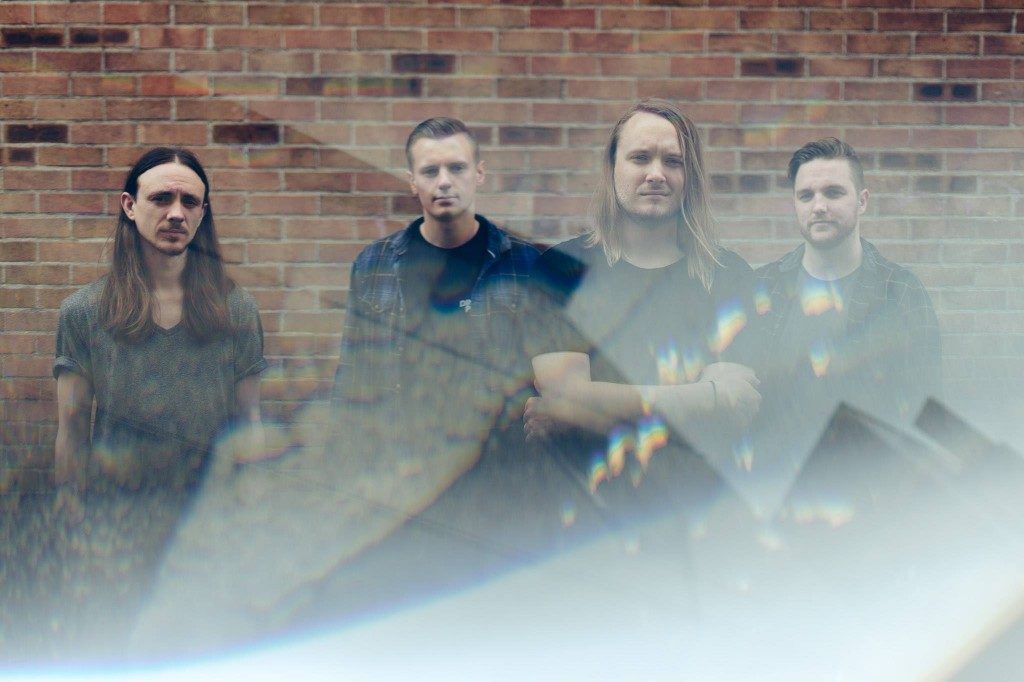 Patrons Sign To Rose Coloured Records
New Album ‘As Above, So Below’ Out March 31st

“Patrons could be very special indeed.”– Rock Sound
“making music that’s pure to them, making music that speaks to them, you can’t ask for more than that” – Alex Baker Kerrang Radio
“an artistic creation that completely steps up the game for current alternative hardcore artists” – Hit The Floor

Patrons are a band, born out of long-standing friendships and a love for the unconventional, from Plymouth, U.K. The band draw inspiration from personal events, feeding on whatever life throws at them. Musically, the bands influences are ever growing; yet there is a deep-rooted love of the epic scale of song-craft by bands like Biffy Clyro, Brand New, Thrice and Reuben.

2017 sees the quartet sign to Guildford-based label, Rose Coloured Records, for the release of their debut album ‘As Above, So Below’ on March 31st, featuring 10 tracks of wise and thoughtful post-hardcore. The debut full-length was recorded and mixed by James Bragg at Middle Farm Studios and Mastered by Robin Schmidt.

‘As Above, So Below’ will be available on 3-colour-splatter 12inch vinyl and digital download. Pre-orders announced soon.

On the new record, guitarist, Mark Hoynes said “We’re really proud of the songs on our forthcoming record, ‘As Above, So Below’, and are really excited to share them with the world. Hopefully, you can enjoy the songs as much as we have creating them; we’ve learned so much through bringing this to life. Play it loud!”

Speaking on signing Patrons, Rose Coloured Records boss, Andy Fulterer said, “Having fallen in love with Patrons’ live show the very first time I saw them play and to then watch them get better with every single gig; this record is a really exciting moment for us at Rose Coloured Records. We are looking to take things to a new level this year, and we are just delighted to have signed a band we believe in so much to help each other to achieve our goals. As a fan, the album release excites me so much, to be part of a release with such potential is unbelievable.”

On stage is where Patrons are most comfortable. There is no template. Shaking off common perceptions of what a live show has become, there are no demands or agendas. Instead, you will witness an intense, dynamic and visceral show from four guys who whole-heartedly believe in what they’re doing.

Whether they are playing as many shows as is physically possible; or tirelessly writing and recording new music; Patrons are one of the hardest working bands you will come across. Having released their debut self-titled EP via “I Hate It Records” at the end of March 2014, the band followed up with tour dates throughout the year and were invited to play at some of the UK’s best festivals, including; The Alternate Escape (Part of The Great Escape) Boardmasters, Leopalooza.

The band’s second EP, “The Momentary Effects of Sunlight”, was released early 2015, worldwide, to critical acclaim. To accompany the new release, the band toured extensively throughout the rest of 2015 and were invited to play NASS Festival in the summer. They have continued to tour throughout 2016, selling out shows in their home city of Plymouth and gaining hundreds of new listeners and fans in the process.

In their short time as a band, Patrons have already been fortunate enough to share the stage with bands including Every Time I Die, SHVPES, Press To Meco, We Are The Ocean, Black Foxxes and Rolo Tomassi. As well as receiving airplay on BBC Radio stations, they have performed multiple live BBC Introducing Sessions, the most recent of which is available to watch on YouTube. They have also been featured on Kerrang Radio as Alex Baker’s “Artist Of The Week”, as well as hugely positive coverage from the likes of Rock Sound in the UK and Visions Magazine in mainland Europe.

‘As Above, So Below’ will be released on March 31st 2017 through Rose Coloured Records.