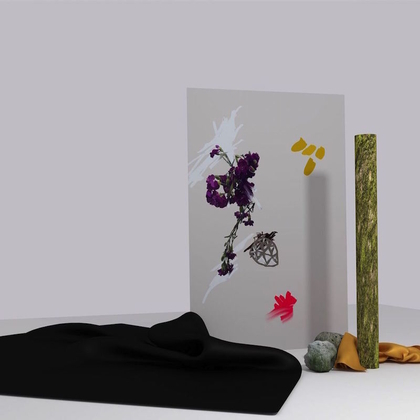 Lowly have unveiled the video for their most recent track “Prepare The Lake”, taken from their upcoming debut album “Heba”. The video plays with the ugliness and roughness of realism, but conveys that within the ugly there is beauty to be found. Director Frederik Valentin states that he has no sympathy for “human beings’ collective rape of the world, but I see huge photogenic beauty in the neglected. All the things that have come to a standstill and are left as proofs of an unknown story“. The evocative track flutters along restless and inventive, Soffie Viemose’s supernatural soprano carrying the lyrics to a powerful summit, radiating pure and extraordinary emotion.

Lowly first met at the musical academy in Aarhus, Denmark, with Staub alongside Schannong (lead vocals, guitar), Soffie Viemose (lead vocals, laptop), Thomas Lund (bass, Moog) and Steffen Lundtoft (drums, percussion). Despite all five studying different subjects, and having their own bands on the go, “and having very different tastes” (the only band they can agree on is Radiohead), they quickly found an enviable chemistry. “Though we were not trying hard, Lowly slowly took over,” Staub recalls. “It was just fun and felt so easy, and inspiring.”

Two independently released singles found their way outside of Denmark, inspiring the Guardian to include Lowly in a ‘Five must-listen new tracks from around the world’ round-up, while The Line Of Best Fit swooned to an “idyllic, height of summer sonic landscape… total bliss… Nordic pop does not get bigger.”

Having tracked the band for a year, it was after seeing Lowly play the Spot festival in Aarhus that Bella Union skipper Simon Raymonde signed the band, which made its label debut in 2015 with the Sink Way Into Me EP. But it was recent single ‘Deer Eyes’ that confirmed the giant leap forward that is Heba. “Lyrically, we start with abstract, but it can get personal too,” says Staub. The album title Heba is named after the band’s Syrian friend: “She moved to Denmark to live with her husband and to be safe from the war in Syria,” says Staub. “We are not a particularly political band, but we recorded the album while thousands of people were fleeing and getting killed. The frustration of Europe and our own country being unwilling to help, and bureaucracy being valued higher than human lives, affected us deeply. There are lyrics about that, but also your average love song, which Heba also is a symbol of.”

Lowly previously unveiled a mesmerising video to “Deer Eyes”, the first single from the album, which can be viewed HERE.

Heba will be released 10th February via Bella Union