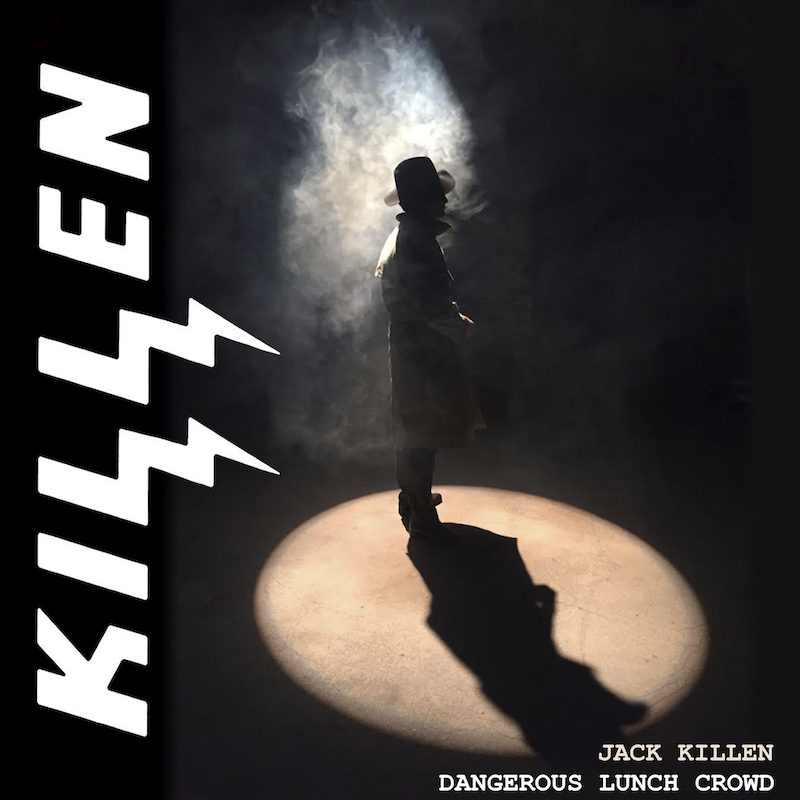 Jack KILLEN shares the video for ‘Renegade’ the newest single off his debut EP Dangerous Lunch Crowd, produced by Graham of Crystal Fighters.

“Renegade is the story of a guy struggling to get ahead the right way, but unable to. He eventually gets sucked into criminal life. Can you blame him? He works so hard but can barely survive. Oh well, another one lost to the darkside.“

Jack Killen (aka Killer Killen aka Jacques Killen aka Jack “The Killer” Killen) is the former front man of the Brooklyn party rock band WORKOUT and “The Mickey Spillane of Detective Rock.”  Pull the trigger and get blasted with Pulp lyrics, machine gun guitars, and funeral organs (probably yours).

The music references life on the outskirts, knifes and miniskirts, the wife and the perp.  In Killen’s world, skin is the ultimate currency and the streets are filled with outlaws and hustlers, from money hungry murderers to the downtrodden they prey on, from a heavy drinking beat cop to the poet dealer.  Follow him on his journey in a city of renegades, good vs bad vs the grey area, from the swindles that keep the money moving to the back room business deals that make you take a bite out of the Blood Red Apple they call New York.

The Pulp Gods of the 1900’s had hero detectives with unbreakable codes and hard boiled integrity.  Today there are no hero, just people that fell too far to be saved.  If you find yourself at the bottom and you’re looking for company, look no further.
WATCH ‘SYMPHONY OF SKIN’ VIDEO: https://youtu.be/mT0nRdnigRk