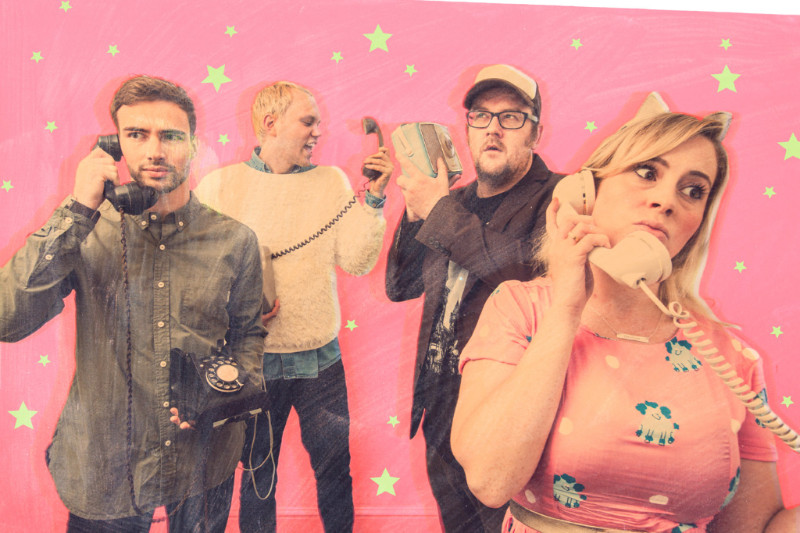 Lucky Shivers are four friends from London and Northampton who’ve been working on a record above a karate studio in Leicester. Fronted by the half American, half illustrator Nicholas, and his long-time friend and collaborator, the handsome dramatic performer Kieran, the duo are elevated substantially by the talented cat lady Jo and Claw Crane Machine expert Gareth who they met at a Christmas party.

Human by Night is the first release from Lucky Shivers, a small window into their sound world of trashy hotlines and obscure word collages. If Stephen Malkmus, Mark Linkous, Kim Deal and Paul McCartney formed a super group and wrote songs about witches, aliens and donkey kidnap, Lucky Shivers would tell them to step off their patch as they would have far too many bass players.

This wonderful debut single will be released on a glittery, limited edition cassette on 3rd February. via on the Shipping Forecast Music Company. The rest of the story will continue throughout 2017. Pre-order it on itunes.