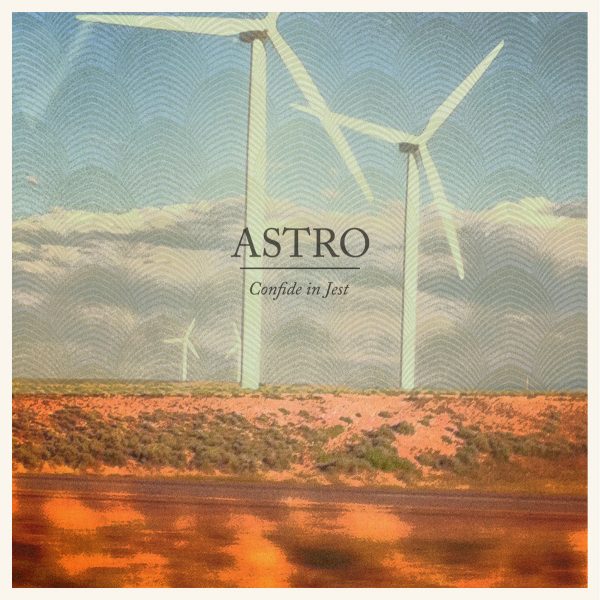 Introducing New Orleans musician Robert Landry aka ASTRO. Robert Landry’s talents have not gone unrecognised on Circuit Sweet. Throughout our 7 years we’ve promoted Landry’s efforts with his work in various acts such as Static Masks & All People.

2017 is set to be another momentous milestone for Robert with the release of his stunning solo debut release ‘Confide In Jest’ under the moniker of ASTRO.

Within a decade, Robert Landry has constantly found ways to reinvent the creative output of his project, Astronomical. He cut his teeth drumming for alternative rock bands in New Orleans starting in 2003. His solo project was originally an outfit to explore different realms of musical expression but also connected listeners to extremely intimate sides of himself. Initially all songs and lyrics were written off the cuff as a way to explore self-acceptance and errors. This is evident in We Can Learn From Everyone and Everything and Little Women. However, as the project began to develop, Landry sought more change and growth. The project provided him with a personal outlet, but performing proved nearly impossible due to the improvised nature of the songs. In an effort to make the songs palatable for a live format, Landry decided to change the aesthetic of the band and started playing guitar. Landry recruited friends Evan Cvitanovic, Zach Quinn, and Cullen Smith to help pull the band together and wrote all new songs. Astronomical released It Takes One To Know through Community Records in 2013. This record showed the move through bedroom electronic, piano-heavy pop songs into louder emo rock that teetered on the edge of math-rock. Due to time constraints and other projects, the full band didn’t do much after the Com Rec release aside from a split with Austin math-rock band, Young//Savage. In 2014 Landry released Good People outside of Community. This release combined both the new and old of Astronomical; each song was composed of musicians with different backgrounds lead by Landry. All songs were an unfiltered outcome of their meeting with no preconceived ideas. The record was successful in connecting musicians that weren’t connected before in the New Orleans music scene. After a three-year hiatus, Landry has decided to take the project back to its roots with Confide In Jest, which will be released February 10, 2017 through Strange Daisy Records. It consists of compositions of only Landry. With this new chapter of the project, Landry has made a variation on the name shortening it to Astro. This changed signifies a change in the purpose of the project, simplicity and cohesion.

After a three year hiatus, Astro delivers a new chapter of an almost decade long endeavour. Confide In Jest explores complexity within simplicity. The circular repetitive nature of the songs instigates a feeling of comfort and movement within a mostly concise pop structure. Some songs are complete ideas, while others are moments magnified with no real beginning or ending. Generating influence from composers such as Steve Reich and William Basinski and song writers such as David Bazan and Mike Kinsella, these at times painful bedroom songs couple together ambient ever reaching concepts with grounded melody.

The highly anticipated release will be released in February on the New Orleans promising label Strange Daisy Records. With three tracks having been unveiled to give you all a taste; listen to those streaming on bandcamp now-

You can pre-order the album now via Strange Daisy Records, ahead of the official release February 10th.