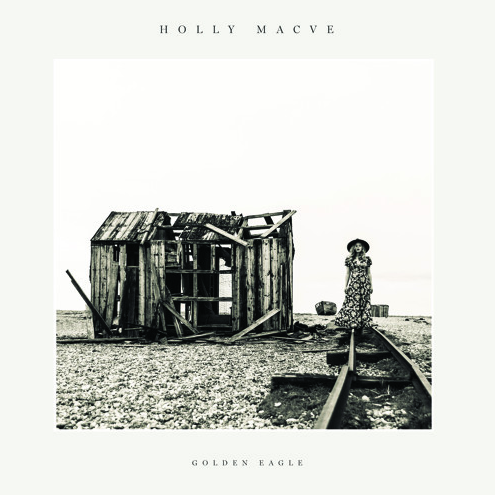 Holly Macve has exclusively shared her new track “Heartbreak Blues” on Brooklyn Vegan. The lovelorn track –both resonant and familiar—showcases, in Brooklyn Vegan’s words, Macve’s “singing style that bounces between a country-western twang and a high-and-lonesome yodel.” Listen to the track via the link below…

Macve’s much-anticipated debut album, Golden Eagle, is due for release March 3rd on Bella Union. With its spellbinding country and western ballads and devastating emotional delivery, the album is one of the most remarkably assured debuts of this or any other year, especially given she’s though only 21 years old.

Macve is already a firm favorite of NPR’s Bob Boilen who said “I think 2017 will be the year the world falls in love with the voice of Holly Macve”. She recently shared the video for “No one Has The Answers via NPR: First Watch, you can watch here. This year she filmed a hauntingly beautiful NPR SXSW Lullaby two nights after her first ever US show.

Born in Galway in western Ireland, Macve and her sister were whisked away “in the night” by her mother from their errant father, to live with her grandparents in Yorkshire. Once in their own house, Holly quickly responded to music: “My Grandad was a classical composer, and my mum sang, and she said I was singing before I was talking,” she recalls. Her mother’s record collection – lots of old blues and Bob Dylan – shaped Holly’s impressionable mind, before she herself discovered the likes of Leonard Cohen, Johnny Cash and Gillian Welch.

Hiding away in Yorkshire, “isolated, surrounded by countryside”, her imagination took flight. “All Of Its Glory” evokes her great-grandad, serving in WWI, writing impassioned letters (which the family still own, bound in a book) to his wife at home. Other songs describe ‘blood red fields’ and ‘burning skies’, and ‘a man standing by the river bank / His eyes were blue and his hair was jet black….’

“I’m fascinated and drawn to that kind of romantic imagery,” she says. ‘I went to America for the first time last year, to play South By Southwest in Texas, and I really felt a connection with the landscapes over there’.

The bulk of Golden Eagle was recorded in Newcastle at the home studio of producer Paul Gregory (of Bella Union label-mates Lanterns On The Lake), with extra recording in Brighton and London with her first touring band and Macve performing on acoustic guitar and piano. Yet Golden Eagle remains beautifully spare and delicate, putting Holly’s goosebump-raising voice centre stage, beautifully controlled yet riven with feeling.

Having already supported the likes of John Grant, Villagers and Benjamin Clementine, and wowed audiences at festivals such as Latitude and End Of The Road over the summer, Holly will be embarking on a solo headline tour with her band in April 2017 as well as performing at Eurosonic in January and SXSW in March. Upcoming UK live info below:

2. Corner of My Mind

8. No One Has the Answers